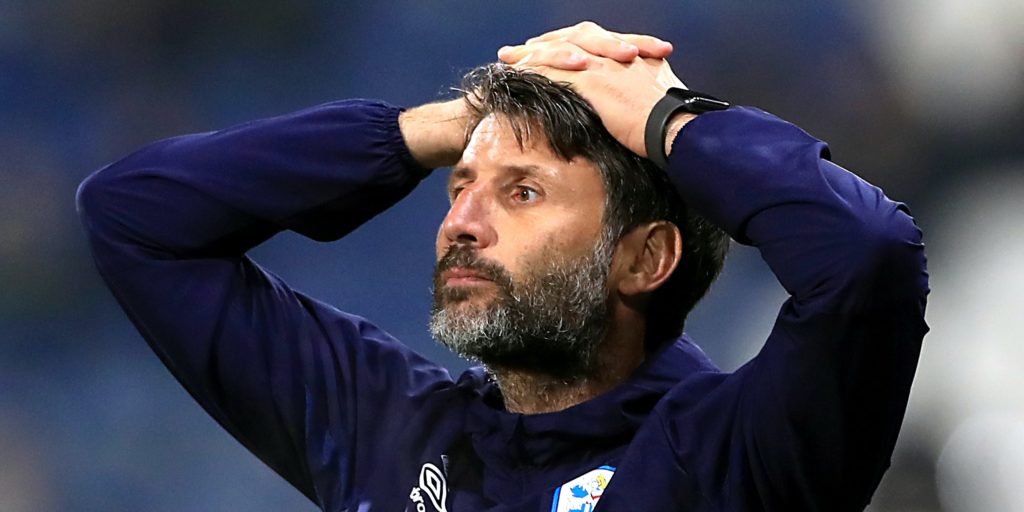 The Terriers have not scored in more than six hours but earned a point from a draw at Sheffield Wednesday.

Huddersfield boss Danny Cowley insists he is thriving on the pressure of his side’s Sky Bet Championship relegation fight.

The Terriers had to settle for a point after a 0-0 draw at Yorkshire rivals Sheffield Wednesday and their bid to avoid successive relegations hangs in the balance.

He said: “It’s a great game isn’t it? There’s loads to play for, everyone’s livelihoods at stake and these are the games you want to be involved in.

“For me, if I wanted an easy life I would have stayed at Lincoln. The people in Lincoln loved us for what we achieved at the club, but I don’t want to be in my comfort zone.

“I want to be pushed to the limit. I looked at these games and knew how difficult it was going to be and it’s proving to be as tough as I thought it would be.

“I’m enjoying it, every single minute of it. The chance of playing West Brom on Friday, after 48 hours recovery is brilliant.

“It’s what I’m here for and I’m really excited for the game.”

Huddersfield, whose winless run was extended to four matches and who have now not scored in more than six hours of football, are two places and three points above the drop zone with two games left to play.

Wednesday boss Garry Monk refused to criticise his players due to the heavy playing schedule after they had failed to follow up Saturday’s 3-0 victory at QPR with a first home win since February.

“Physically it’s been really tough on the team,” Monk said. “If we had scored, they would have had to change their game plan and it would have helped us.

“We can’t do any training because of the turnaround – that’s a massive demand.

“Huddersfield had an extra day on us and that is huge. We are playing sides who have had extra days on us, and it definitely makes a difference.

“But when we tired, we concentrated and were solid and we took a point with a clean sheet – that’s a positive.”