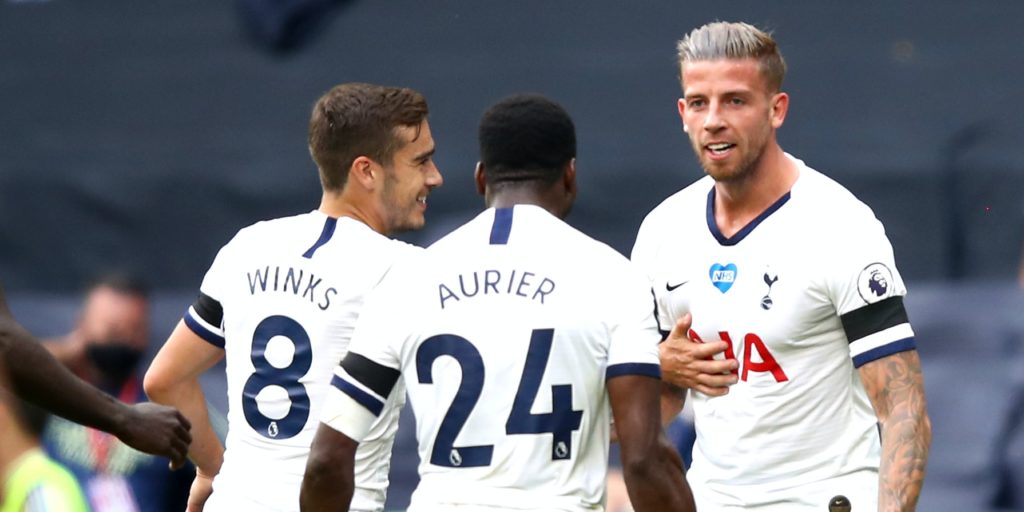 The Belgian scored the winner in Sunday’s north London derby.

Tottenham defender Toby Alderweireld has vowed his side will get back into the Champions League as quickly as possible.

Spurs are in a battle just to qualify for the Europa League after an inconsistent season, but their hopes were enhanced with a 2-1 north London derby win over Arsenal on Sunday.

But missing out on the top four means they will not be in Europe’s premier club competition for the first time since 2015 and just 12 months after they got to the final.

Alderweireld says it shows how far they have come as a club and has promised their absence will not be a long one.

“That is football. For us now it is bad, but I think back to when I came to Spurs (in 2015) and they had not won the Championship for more than 50 years,” he said.

“Every year we had a chance to qualify so it is positive that people think we should be there, and of course we need to be in the Champions League.

“That is the path the club has taken and I am massively proud to be part of that.

“Maybe this season we cannot reach that, but we need to stick together and next season we have to go again and be better than this season.”

Despite their inconsistency and the feeling that this team is reaching the end of a cycle, the Belgium defender insists with Jose Mourinho at the helm they are in a good position to bounce back.

“We don’t accept it, but we have to be professional about it by first ending this season well and then trying to go again next season.”

“This team is taking steps and we have a nice big stadium and stuff like this,” he said. “Even the team and the manager that we have is a massive difference from a couple of years ago. It had better be.

“Everybody has worked so hard for it. It hurts that we are maybe not going to reach it this season, but it gives us more motivation to go next season.

“But our first focus is on the remaining games this season and then we will reflect ahead of next season.

“We want to do better – that is why everybody is trying as hard as they can – but it is just not our season.

“We don’t accept it, but we have to be professional about it by first ending this season well and then trying to go again next season.”