Home News VAR controversies in the Premier League this season

VAR controversies in the Premier League this season 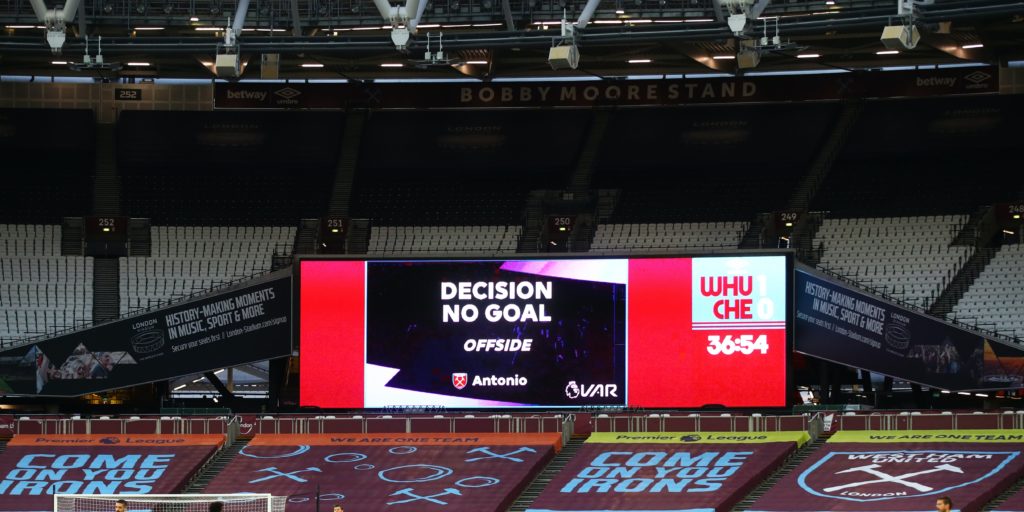 There was more drama on Thursday night.

There was more VAR controversy in the Premier League on Thursday with decisions in three matches all subsequently ruled to be incorrect.

Penalties for Manchester United at Aston Villa and Southampton at Everton should not have been awarded but Tottenham should have had one for Bournemouth striker Josh King’s push on Harry Kane.

Here, the PA news agency looks at those decisions and five more of the most contentious verdicts this season.

No luck for struggling Villa

The first goal in a game is often vital and the penalty awarded to Manchester United broke Aston Villa’s resistance just before the half-hour. In trying to turn on the ball Bruno Fernandes stepped into Ezri Konsa and fell inside the area. Referee Jon Moss pointed to the spot, the decision was backed up by VAR official Graham Scott and Fernandes scored from the spot.

Michael Oliver has recent history with Tottenham, having been the VAR official who ruled out Lucas Moura’s goal in the defeat to Sheffield United the previous week, so manager Jose Mourinho was less than impressed by his performance against Bournemouth. Just four minutes in they were denied what looked like a clear penalty when Kane was pushed in the back by King at a corner. Referee Paul Tierney was unmoved and Oliver, again on VAR duties, chose not to intervene.

Everton’s defence had been under some pressure for almost half an hour when James Ward-Prowse got to Stuart Armstrong’s lay-off first, nudging the ball past Andre Gomes. However, the Saints midfielder then appeared to be already falling into his opponent before Gomes made contact. VAR official Andy Madley saw no reason to overturn the decision but Everton were ultimately saved with Ward-Prowse blasting his spot-kick against the crossbar.

Spurs were denied what looked like a perfectly good equaliser against the Blades when Kane rolled home a loose ball. However, VAR official Oliver ruled that Moura had grazed the ball with his hand as he fell. Contact was minimal at best, not to mention that Moura had been clearly fouled. The goal was chalked off and Spurs were not even afforded a free-kick.

Liverpool get away with one

Such is the inconsistency in the handball rule, Liverpool got away with what looked a blatant one in their crunch clash with Manchester City. City burst into a dangerous position in the Reds’ box and the ball clearly hit Trent Alexander-Arnold’s outstretched arm. The referee waved play on and Liverpool went up the other end and scored in a game-changing moment. VAR did not overrule the decision and Liverpool were in front instead of conceding a penalty.

Spurs were the beneficiaries of one of the most puzzling decisions in their match with Watford. Gerard Deulofeu broke into the box and looked to be tripped by defender Jan Vertonghen. No penalty was given at the time, with the Spaniard pleading with referee Chris Kavanagh to check with VAR. He did, but somewhat amazingly Kavanagh’s decision stood after the VAR official chose not to see what appeared an obvious trip.

The multi-coloured perpendicular lines are going to be an enduring image of the season, having ruled out plenty of goals for the most marginal offside decisions. There was Roberto Firmino’s armpit at Aston Villa and Pedro Neto’s hand at Anfield, but perhaps none were more frustrating than John Lundstram’s big toe which saw Sheffield United robbed of a goal at Spurs. A few centimetres of Lundstram’s boot were ruled offside as he crossed, from which David McGoldrick scored from a second phase of play.

There was more misery for Sheffield United in the first game back after the coronavirus suspension as they were denied a goal by a technology breakdown, with VAR heavily criticised for not intervening. Oliver Norwood’s free-kick was carried over the line by Aston Villa goalkeeper Orjan Nyland. The Hawk-Eye technology inexplicably did not work as all seven cameras were blocked, meaning referee Oliver did not receive a notification. He allowed play to continue, which meant that VAR could not intervene, despite replays showing the ball had clearly crossed the line.