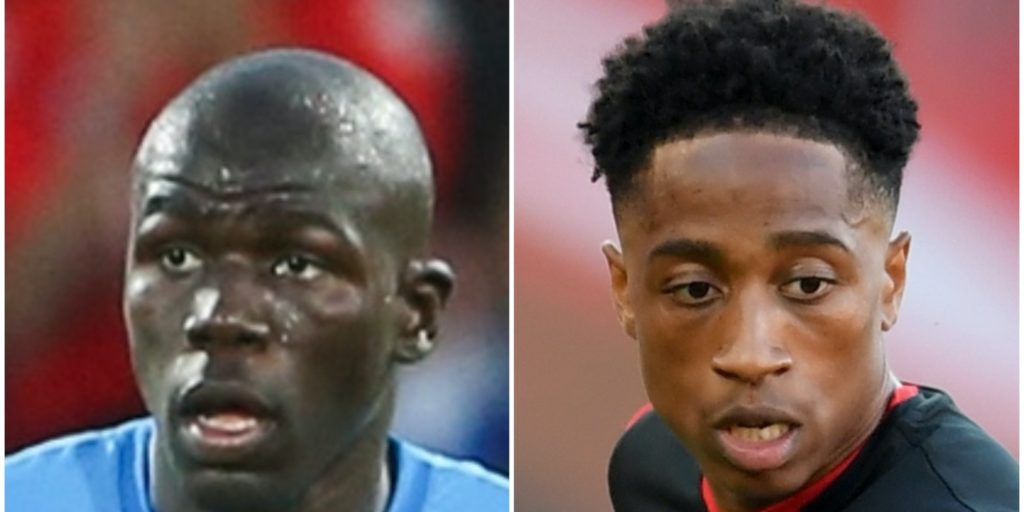 A price drop could see Kalidou Koulibaly bring his defensive strengths to Anfield.

Previous valuations of 29-year-old Kalidou Koulibaly had him at GBP 80 million but Manchester City have been offered him for just GBP 65m. The Daily Mirror says Napoli have revised the price for the Senegal defender, with City keen for him to be in a centre-half partnering with Aymeric Laporte.

Southampton are worried one of their Premier League rivals will snatch Kyle Walker-Peters so want to secure his permanent signing soon, reports The Sun. The right-back has impressed since joining the Saints from Tottenham in January, though the deal does not allow Southampton the automatic right to buy the 23-year-old and interest in him continues to grow.

A price has been set for Liverpool target Thiago Alcantara, according to the Daily Mirror which cites Germany’s Sport Bild. Bayern Munich want GBP 36.2m for their former Barcelona midfielder, while there have also been reports he has agreed personal terms with the Reds. Liverpool do not, however, want to pay more than GBP 18.1m for the 29-year-old Spain international.

Chelsea have been given a boost to their chances of signing Kai Havertz after Bayern Munich indicated they were no longer interested in the 21-year-old. The Daily Mail cites Sport Bild in reporting the Bundesliga side have moved on from the young midfielder, believing his Bayer Leverkusen release clause of GBP 90m is too expensive.

Douglas Luiz: Pep Guardiola will bring Aston Villa’s Brazilian midfielder, 22, back to Manchester City, according to the Birmingham Mail.

Adam Lallana: Leicester, Brighton and Burnley are all keen on the 32-year midfielder who leaves Liverpool on a free transfer this summer, reports the Daily Star.