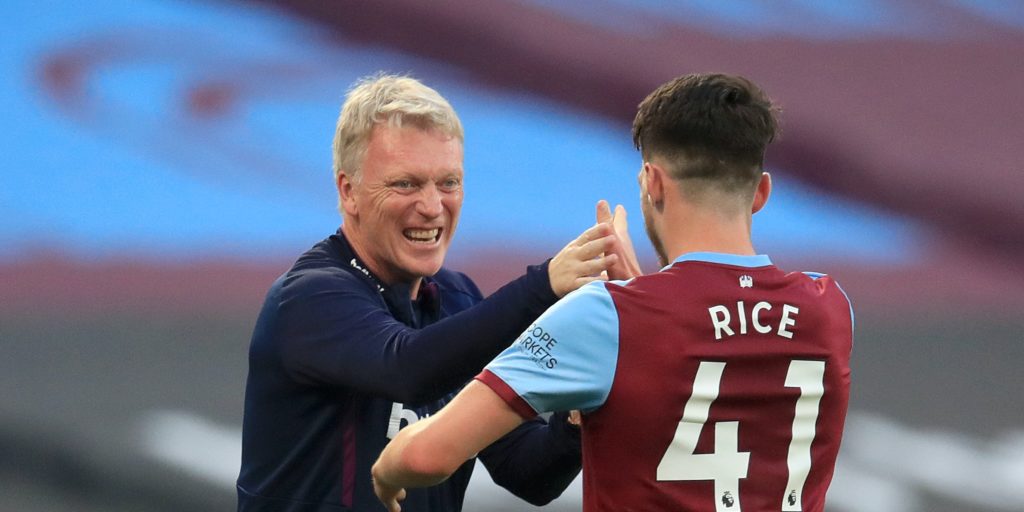 Watford remain only three points above the relegation zone.

West Ham manager David Moyes praised his side’s work ethic after they all-but secured another season of Premier League football with a 3-1 win that kept Watford in relegation trouble.

The Hammers moved six points clear of the drop zone after scoring three times in a dominant opening 36 minutes to stun Watford.

Michail Antonio netted his seventh goal in five games to give his side an early lead which was doubled soon after by a header from Tomas Soucek.

Declan Rice smashed in the third from distance and, although Watford striker Troy Deeney pulled one back for the visitors, the result was not in doubt.

Moyes said: “The big thing was to get a win and get ourselves up the table if we could do.

“It’s obviously not got us completely safe but it’s got us in a really strong position and I’m hoping that we can win more games between now and the end of the season but if we don’t then I’m hoping that the points total will also be enough to keep us up.

“(I’m) really pleased with the players, they put in a great work ethic, performed exceptionally well in the first half and defended very well in the second half.”

The Hammers have now claimed 10 points from their last five matches and look likely to secure their future in the top-flight, however Moyes remained cautious.

He added: “We haven’t got it done yet, things could change, so we’ve got to make sure that we can pick up more points if we can and tonight was a big night because obviously Watford are one of the competitors and we did a good job and got the three points which was always going to be difficult.

“I thought the game was always going to be tight in some way and thankfully we made it a little bit easier by the goals we scored in the first half.”

Nigel Pearson took over at Vicarage Road when Watford had just nine points from 16 games, but the Hornets have since taken 25 from 20 matches to lift themselves out of the bottom three.

However, their form has dropped recently and they have now lost five consecutive Premier League away matches, leaving them three points above the bottom three with games against Manchester City and Arsenal to come.

Speaking after the game, Pearson said: “It’s a poor result for us. It’s a game which has passed us by somewhat in the first half, performance wise. It’s not what I would expect from us and it’s very disappointing. We’ve got to find a win now in the last two games.

“It’s not easy to deal with. I didn’t think we were resilient enough collectively. I’m not saying everybody was, we had some spirited performances out there, but we were not what I would expect from us.

“Whether that’s the pressure of the situation, who knows? But now we have to find good performances in the last two games to give us chances of winning those games, it’s as simple as that.”