On This Day in 1997: Former Man Utd midfielder Paul Ince signs for Liverpool 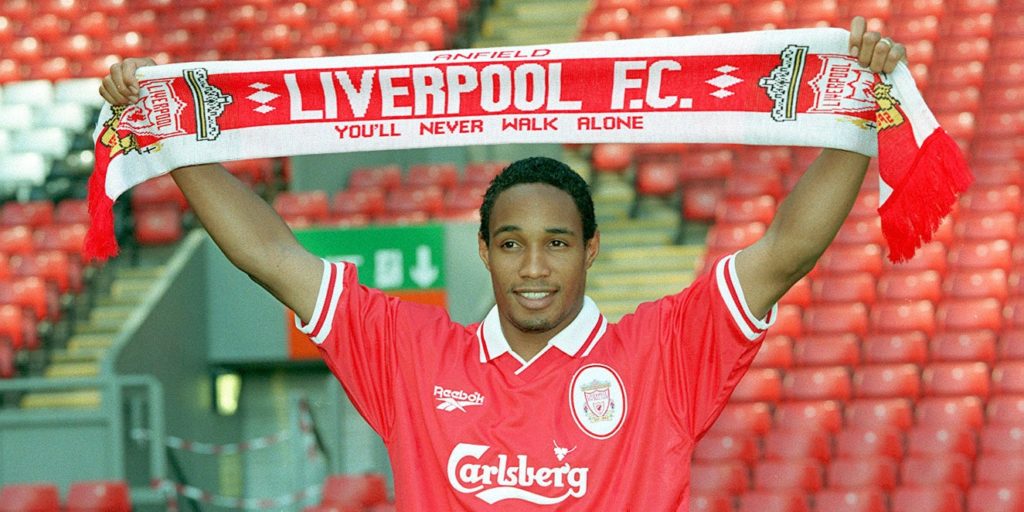 Some Reds fans could not see past his Manchester United connections, despite it being two years since he left Old Trafford, while others thought the self-styled ‘Guv’nor’ would bring some much-needed steel to the side.

Ince, not lacking in self-belief, felt he was the man to restore the club to its former glory having won just one FA Cup and one League Cup since their last league triumph in 1990.

“I thought it was a project for me to kind of go and do, and change the way the Liverpool players were thinking,” Ince said years later.

“I just felt they were good players, but just wanted to go out all the time, and I just thought that wasn’t the way. I thought they needed that professionalism on the pitch.”

His one-man quest to restore Liverpool’s fortunes failed in a two-year trophyless spell, the highlight of which was him scoring an 89th-minute equaliser against former club United in front of the Kop in May 1999 – although that was not enough to prevent Sir Alex Ferguson’s side going on to win the league as part of their famous treble.

That summer, annoyed by the fact manager Gerard Houllier had tried to sign Marc-Vivien Foe “behind my back”, Ince left for Middlesbrough – but few Liverpool supporters mourned his exit.