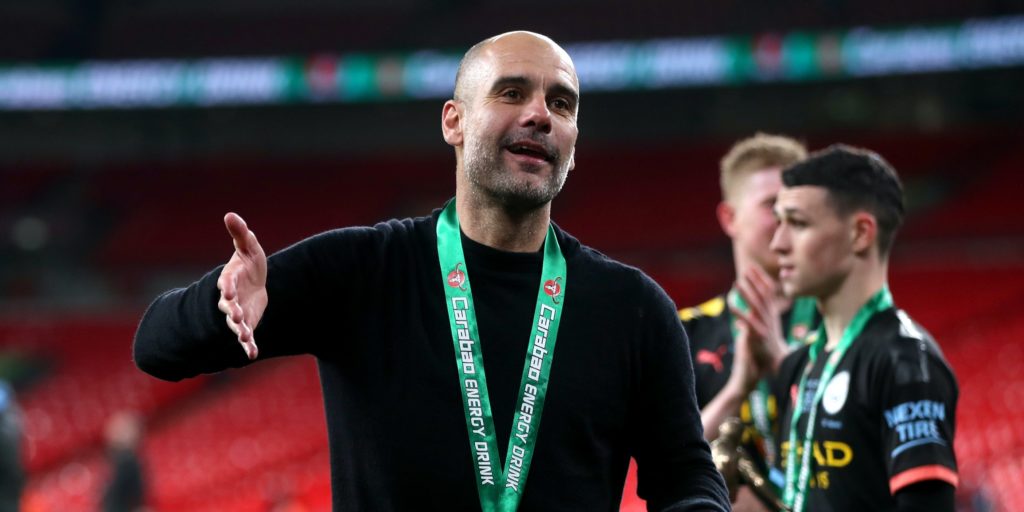 The Manchester City boss is aiming to take his side to a second successive FA Cup final.

Pep Guardiola admits winning semi-finals has always been a tougher challenge for him than winning finals.

The Manchester City manager insists he cannot look ahead to a potential FA Cup final against Manchester United because he has had trouble reaching the showpiece occasions in the past.

It does not seem to have been much of a problem for him at City, having won three League Cups and the FA Cup last season.

Yet the three Champions League semi-finals he lost at Bayern Munich raised questions about his ability at the time.

He also lost an FA Cup semi-final to Arsenal in 2017, his first season at City, and the Gunners are again his opponents as he bids to reach the final on Saturday.

Guardiola said: “I don’t know what to say, I’m not even thinking for one second about (who) our opponent (could be in the final).

“I struggled a lot in my career in the semi-finals. It was easier (in) the finals. I handled them much, much better.

City had a tough semi-final against Brighton last year, edging through 1-0 before going on to thrash Watford 6-0 in the final.

Guardiola has admitted his priorities have been the Premier League and Champions League but that has not diminished his determination to succeed in the cups.

He said: “Always I thought (this of the cups) in Barcelona and Munich as well. If we won three Carabao Cups in a row it’s because we were focused to win it, now we are doing it in the FA Cup too. So there are no doubts about this.

“I think the cup in Spain is interesting, especially the final, but I think with the FA Cup, because hundreds of teams – I don’t know, millions of teams – can start in this competition, makes it special.”

City will be strong favourites, as they were in 2017, but Guardiola’s two-time Premier League champions have known little but success since then.

He said: “It’s changed a lot, and I think with what we’ve done in the last seasons, people will think about all the games and think we’re favourites.

“We lost that day, it was a tight game but it was just the beginning (of my reign) and we were still getting to know each other.”