Watford must bounce back from missed opportunity – Nigel Pearson 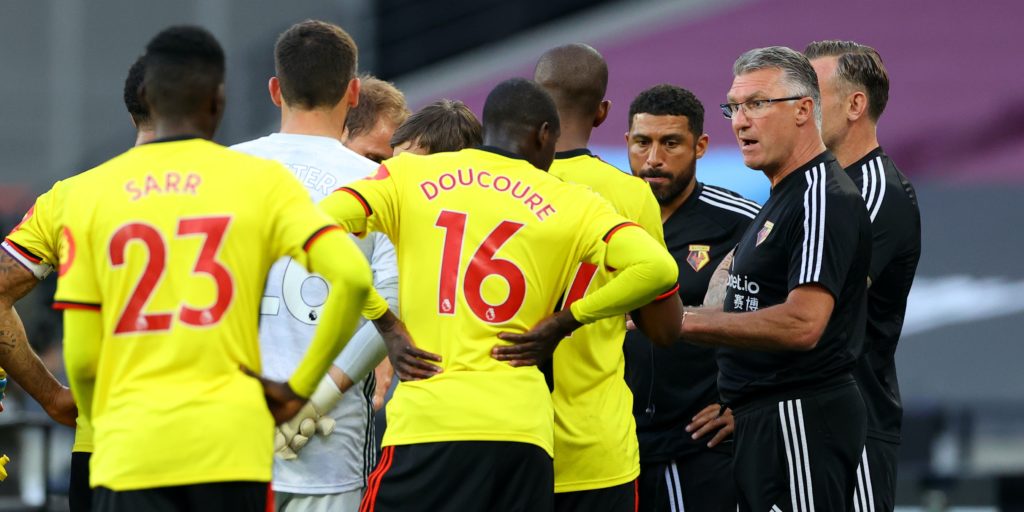 The Hornets sit three points above the relegation zone after a defeat to West Ham.

Watford boss Nigel Pearson has instructed his players to bounce back quickly after they “missed an opportunity” to all but secure Premier League survival.

The Hornets could have gone six points clear of the drop zone with two games to play if they had won at the London Stadium, but they suffered a damaging 3-1 defeat against West Ham.

Pearson’s side trailed 3-0 at the break to their relegation rivals and Troy Deeney’s goal early in the second half failed to spark a comeback.

The defeat leaves Watford three points above the bottom three with games against Manchester City and Arsenal to come.

Pearson said: “We’ve missed an opportunity. We’ve not done what we talked about doing, or looked at doing, and that’s a difficult situation.

“We have to go and completely make sure that we bounce back in the last two games now, it’s fairly straightforward.

“The players and the staff are in this together, so I’m not going to be, especially on an individual level, overly critical.

“The players know themselves we’ve let an opportunity pass us by.

“Both sides went into this game with a big chance of almost certainly securing safety and what we’ve done in a spell in the first half is let that situation go and that is really annoying.”

The victory moved West Ham six points and 12 goals above the drop zone with two games to play.

Czech midfielder Soucek has scored three goals in his last five games and has drawn comparisons with Marouane Fellaini – a player Hammers boss David Moyes signed for Everton and Manchester United earlier in his career.

Moyes admitted Soucek reminded him “a little bit” of the Belgium international, and added: “He is young and he is going to improve. I can see where you would draw comparisons because of the stature.

“Thankfully we got Tomas because not only does he give us good energy, physicality, but he has got a great goalscoring record – even looking at his Champions League record with Slavia Prague.

“You have to say he scored a real good goal tonight, an old fashioned centre forward’s header.

“He has got us two or three already, a good return for someone who has just come to the Premier League.”