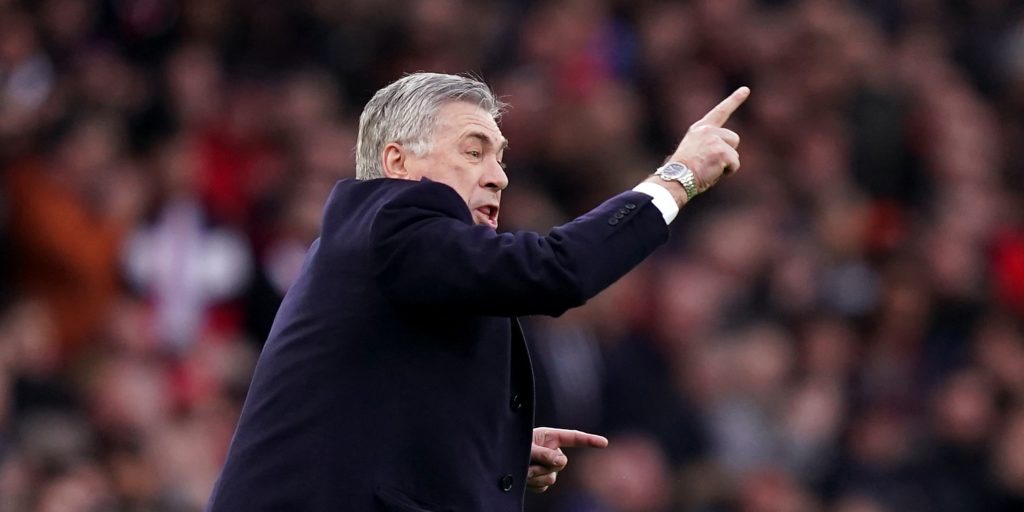 The Toffees are 10 points behind the top six ahead of Monday’s fixture at Sheffield United.

Everton manager Carlo Ancelotti believes his players have to commit to a jump forward if they are to challenge for Europe next season, irrespective of how big the gap currently is.

The Toffees are 10 points behind sixth-placed Wolves, but their experienced boss has called on his squad to take the leap of faith with him if they are to move to the next level.

And in an admission which will hurt Everton fans, Ancelotti said Monday’s opponents Sheffield United were the ideal role models.

“I think we don’t have to take into consideration how big the jump. We have to jump,” said the three-time Champions League winner.

“We have to move forward, we have to improve and try to be better next season.

“They (Sheffield United) did really well this season and it was a surprise for everyone.

“Chris Wilder has done a fantastic job with this team, the players followed him. They can be a good example to follow.

“It is not only the physical things. They have a clear idea to attack and defend and you see they are playing together.”

The 20-year-old joined from Juventus last summer with high expectations but has scored just one goal, on his last start in January, managed to complete 90 minutes only once all season and has featured for just 765 minutes in the Premier League.

Since January he has been on the field for just 163 minutes in 10 substitute appearances, and even with Dominic Calvert-Lewin and Richarlison having contributed just two goals between them in the last nine matches, his chances of a start have looked slim.

That could be about to change, however.

“He is a possibility that he can start. The idea we have on him, I explained a lot of times this, he will be our player next season,” said Ancelotti.

“He learned the environment we have at this club, he learned the relationship with his team-mates and they learn from him.

“It takes time. He is really young and he is a potential player with a lot of quality.

“It is true he didn’t play a lot, but it is also true until the last period he had strong competition in front of him as Calvert-Lewin and Richarlison did really well.

“We have to plan for the next season for him to have more opportunity to play.”

Midfield is an area in desperate need of improvement in the summer, and Ancelotti offered Kieran Dowell an incentive after the 22-year-old’s improved late-season form saw him score four times in his last two appearances on loan at Wigan.

“He is doing really well and for a player on loan. He is improving and that is really good for us,” the Italian said.

“We are looking at his position and all players on loan at the end of the season and then we will take a decision on everyone.”