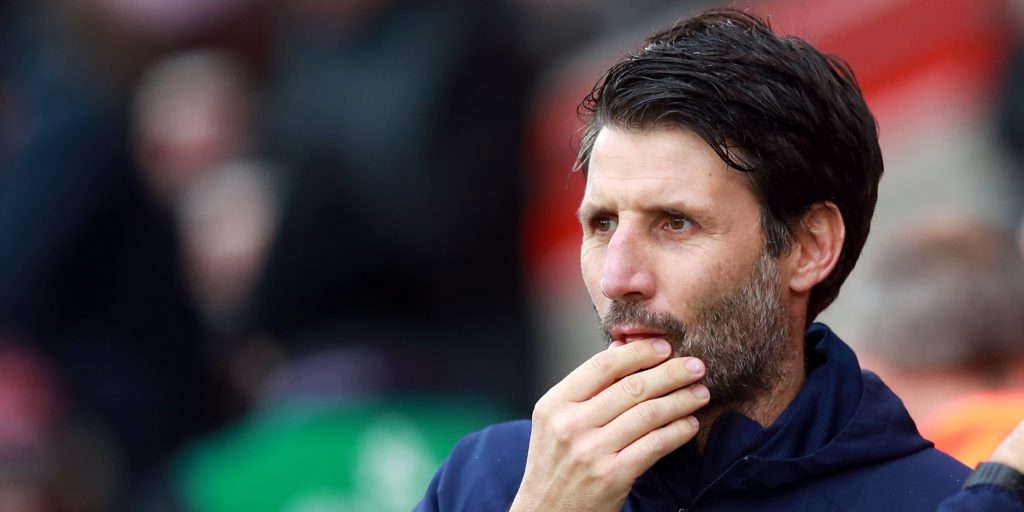 Cowley and his brother Nicky were dismissed after less than a season in charge at Huddersfield.

Danny Cowley has been sacked as Huddersfield manager after less than a season in charge.

The 41-year-old and his assistant, brother Nicky, left the Terriers with immediate effect on Sunday.

The pair took over from Jan Siewert in September and won 13 of their 40 games.

The club will not be accepting any applications for the role, suggesting they have their new man lined up.

Chris Hughton, Nigel Adkins and Lee Johnson, sacked by Bristol City this month, have been installed as early frontrunners.

Chairman Phil Hodgkinson told the club’s official website: “I would like to place my thanks on record to Danny and Nicky for their hard work and dedication towards securing the club’s place in the Sky Bet Championship for next season.

“That was the clear priority when they were appointed in September and we are very grateful that has been achieved.

“We all wish Danny and Nicky all the best for the future and they leave with my best wishes in their future endeavours.

“However, we have made this decision in the belief that, in the long term, it is in the best interests of the club as we move forward. We have a different vision for the way we operate the club and how our ambitions can be achieved.”

Cowley’s final game was Friday’s 2-1 win over West Brom which moved them clear of the bottom three ahead of Wednesday’s Sky Bet Championship finale, as well as confirming promotion for rivals Leeds.

Cowley arrived at the John Smith’s Stadium having taken Lincoln from the National League to League One in his three full seasons in charge.

He took over with Huddersfield 23rd in the table after relegation from the Premier League last season.

The Terriers, who now sit 18th, go to Millwall on Wednesday with the club yet to reveal who will be in charge.