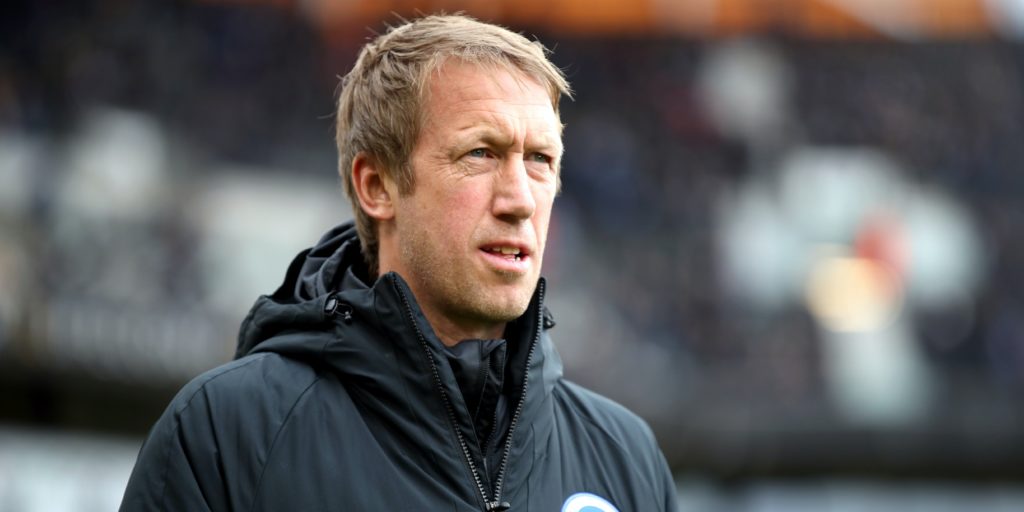 The Seagulls are a point from safety in the Premier League.

Graham Potter would count Premier League survival as a successful first season in charge of Brighton.

The Seagulls are all-but safe with two games to play but can make mathematical certainty with a point at home to Newcastle on Monday.

Manager Potter introduced a new playing style at the Amex Stadium after being appointed last summer.

His side rank eighth among Premier League clubs for passes completed after 36 games – behind the ‘big six’ and Leicester – having been 17th in that category at the end of last season.

Brighton have already earned more points than they did last season but Potter is aware the main priority was always to keep the Seagulls in the top flight for another year.

“We’re one of a lot of clubs where you start the season and your aim is to maintain your status in the Premier League,” he said.

“When you come in and you are changing (the style) as we’ve seen historically that’s not so easy to do. You can change too quickly or change the wrong way and it can be destabilising.

“Our job is to try and finish the season off and then if we can stay in the Premier League then I think it’s a success.

“We’ve made a start in terms of what we’re trying to do from a playing style perspective, of how we want to play football. You mix it with the demands of the Premier League in terms of getting results, it’s of course a challenge. But we’ve made a start there and that’s going to be important for us going forward.

“The club have made it clear our aim is trying to be a top 10 team. Clearly we’re some way off that at the moment and our focus isn’t on that in the very, very short term as we need to finish the season off and try to get the points we need to stay in the competition.

“Then it’s about building, trying to improve year on year, again with the greatest respect to the Premier League because it’s so competitive and no one has got a divine right to be here.

“You have to work hard, you have to fight for it every day. That’s what we’ve been doing this year.”

Monday’s opponents are safe as they sit six points above Brighton, but speculation has surrounded Newcastle boss Steve Bruce’s job amid takeover rumours.

Potter said: “I think he’s done an amazing job when you consider probably the bit of negativity that was surrounding it to start with, then a lot of the off the pitch noise shall we say that doesn’t help.