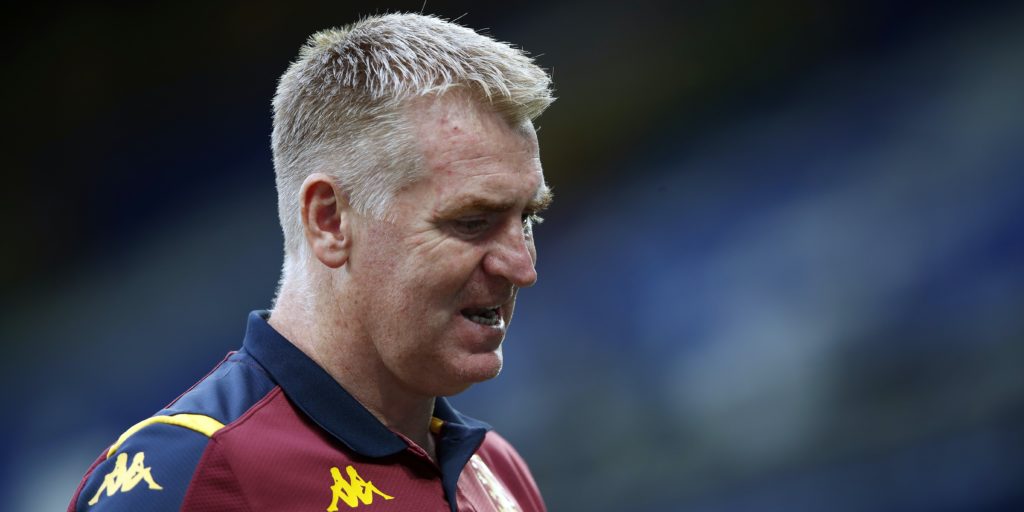 Villa are currently three points from safety with two games to go.

Villa are currently three points from safety with two games to go ahead of the Gunners’ visit on Tuesday night where relegation could be sealed.

Watford, who sacked their manager Nigel Pearson on Sunday, are the team they will have sights on catching, but the Hornets play before Villa on Tuesday night and if they pick up a point against Manchester City and Villa do not beat Arsenal then a return to the Championship will be settled.

Smith knows his side are in last-chance saloon.

“We had a good win against Crystal Palace and followed it up with a good performance at Everton, where we should have won the game,” Smith said in his pre-match press conference.

“They have to maintain the performance levels, work hard for each other and if you do that, you get the rewards.

“We need to win, we know that.

“You’ll always have people that want to put you down at times, so the job is to prove people wrong.

“We believe that we have enough in the dressing room, and we have to prove that.”

The prospect of playing Arsenal has suddenly become more difficult than it was a few weeks ago as Mikel Arteta’s influence is taking hold and they have beaten Liverpool and Manchester City in the last two games.

“Mikel said himself that they faced two of the best teams in Europe [last week],” Smith added.

“They have come out the other side of it with two wins and they have reached the FA Cup final.

“He is putting his own stamp on things, you can see the work ethic of the players.

“We have to concentrate fully on ourselves, it’s a very important game, we have to get a result in this game and the players know that.”

Villa have Kortney Hause back after a rib injury but Neil Taylor still misses out with a hamstring issue.