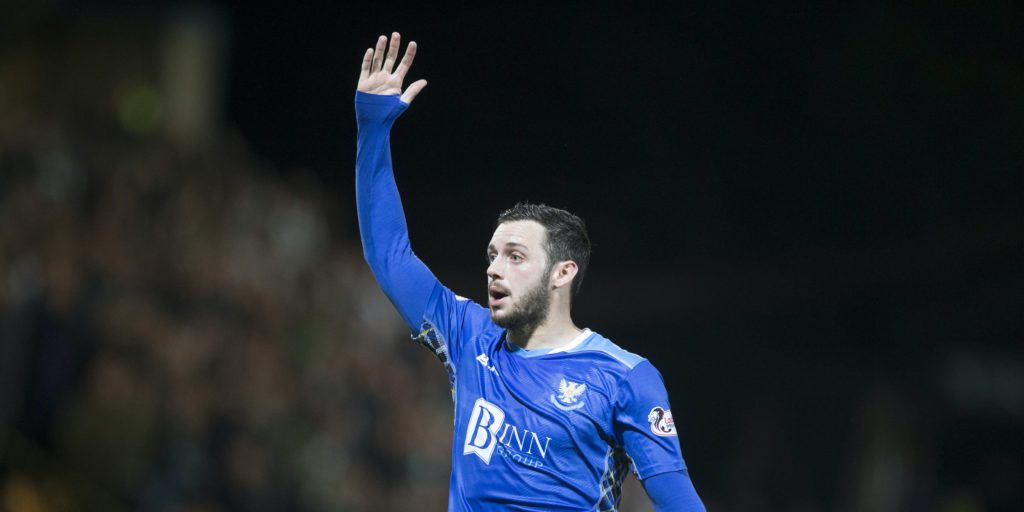 Cup-tied players will be allowed to play in the semi-finals.

The 25-year-old winger played for St Johnstone in the tournament – and was knocked out by holders Celtic – before the coronavirus crisis brought a premature halt to the campaign with the cup semi-finals yet to be played.

Wright left Saints and joined the Easter Road club on a two-year deal earlier in the month alongside striker Kevin Nisbet and midfielder Alex Gogic, and was delighted to learn that some eligibility rules were relaxed.

Now, he can look forward to one of the biggest games, “not just in my Hibs career, but my career in general”, when the dates for the semi against Edinburgh rivals Hearts and Aberdeen versus Celtic are confirmed.

Speaking in a Zoom broadcast conference, he said: “I have been told the rules have been changed and us new guys are eligible to play now.

“I think we are okay to play so obviously that is something for the three of us and obviously the rest of the squad to look forward to.

“I have never been to a semi-final before so it is one that I obviously hope to be involved in and hopefully we can progress to the final.

“In my two years at St Johnstone we were knocked out of the cup by Celtic both times so it will be nice to hopefully have a chance to progress and not come up against those guys.

“There’s not an actual date set for it, we know it is coming up but we have a good amount of league games before that, which we have to have our focus on.”

The former Colchester player endured a stressful time before his move to Hibs was finalised after becoming a father to twins, who were born eight weeks prematurely, just before the lockdown.

“They were in the intensive care unit for three weeks or so and they came out a week before the games were all called off.

“I had a couple of nights sleeping in the guest bedroom but the games were called off and I never actually returned to McDiarmid Park.

“It was a crazy summer for everybody, players, staff, media, but we were very busy.

“The first few weeks, we were up at the hospital every day, seeing how they were getting on.

“The care they got from the staff at both hospitals, one in Glasgow and then in Forth Valley, was brilliant.”