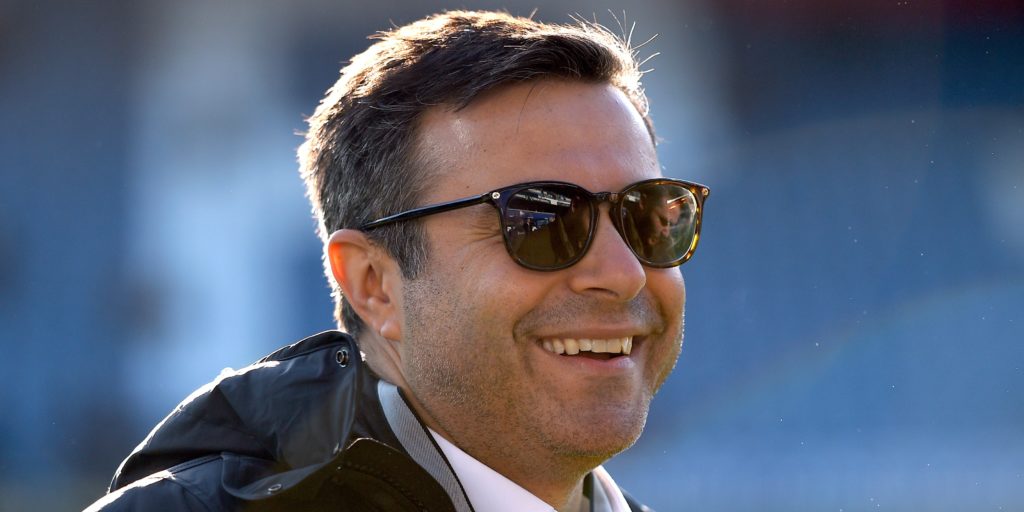 The Championship champions’ owner says he hopes to stay at Elland Road for the next ’10 or 20 years’.

Radrizzani watched Marcelo Bielsa’s side celebrate their Sky Bet Championship title success by beating Derby at Pride Park on Sunday, but is already working on plans to ensure Leeds stay in the top flight.

“We have enjoyed fantastic success,” said the 45-year-old Italian. “But we’ve done it in a particular year and the impact of Covid-19 is also hitting the club financially.

“So we will need additional investment to be competitive and to continue our project and our growth and to maintain our position in the Premier League. We will need to add on I think.”

Radrizzani, who said he hopes to remain at Elland Road for the next “10 or 20 years”, confirmed initial investment would come from his holding company Aser.

He said he also expected 10 per cent stakeholders the San Francisco 49ers to increase their involvement in the club.

“(The 49ers) have done a good deal investing in the club with me because they see their investment already worth probably 3.5 times higher in terms of value of what they put (in).

“They are obviously good friends, a good partner and I think they could bring more value in the management of the club in the Premier League than what has been done until now.

“I expect them to help us more, step up and potentially in the future years in the Premier League in club management, particularly the stadium and merchandise.”

Radrizzani said there were no current plans for Qatar Sports Investments, the owners of Paris St Germain, to invest in the club, but did not rule it out in the future.

“We have a very good friendship,” he said. “We have been talking, but to be honest we haven’t reached any concrete point of any negotiation.

“But we are really good friends and if they want seriously to come, they can always find my door open for a discussion, but at this moment there’s nothing.”

Radrizzani has had little time to savour Leeds’ return to the Premier League for the first time in 16 years.

He revealed during his zoom press conference that after Sunday’s 3-1 win at Pride Park he flew out to Europe to discuss a possible new signing.

“I mean I can tell you where I am now,” he said. “I’m in a place in Europe approaching a meeting for a player for next season. I’m enjoying, but I’m also enjoying working for the future.”

When asked if fans can expect Leeds to break their club transfer record, Radrizzani replied: “Which is our transfer record? Helder Costa? Yes, I think we could break it soon.

“I have a clear vision. I need to first secure the team in the Premier League for the next three years, to stay there.

“If we stay there for three years at least then I think we can have a very bright future and stay just behind the top six. That’s my goal.”

Radrizzani hopes he and director of football Victor Orta will meet with Bielsa this week to discuss the manager’s contract extension.

“I have a different view probably of all of you,” Radrizzani added. “I think it’s an honour for Marcelo as for any other coach to be in charge of a club like Leeds United in the Premier League.

“It’s on merit for him to be here and he deserves it, but it’s a choice and an honour.

“So at the end we don’t have to persuade anyone to stay at our club. It’s on merit and ambition because it’s a big club.”

Gaetano Berardi, meanwhile, has been ruled out for up to nine months with an ACL tear in his knee.

The 31-year-old Switzerland international suffered the injury in the first half of Leeds’ 3-1 win at Derby.

“The defender who has made 25 appearances for the Whites during the campaign, in which Leeds United won the Championship, now faces up to nine months on the sidelines. We wish Gaetano a speedy recovery,” said a statement on the official club website.

Berardi is out-of-contract at the end of the season, and it remains to be seen as to whether he will be offered a new deal ahead of Leeds’ return to the Premier League.