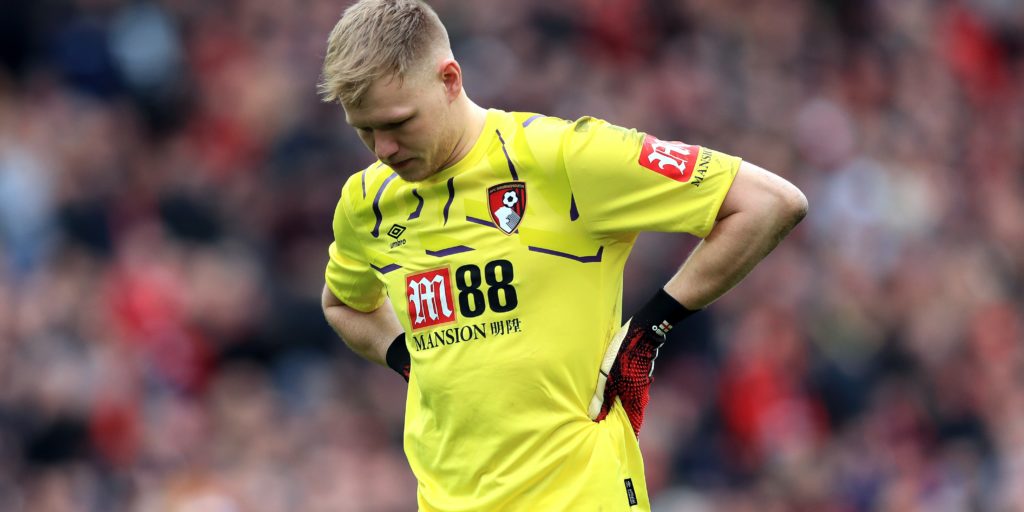 The Cherries will be relegated if Watford avoid defeat against Manchester City.

Bournemouth goalkeeper Aaron Ramsdale is praying for a favour from Manchester City after a “sickening” defeat to Southampton pushed his side to the brink of Premier League relegation.

The Cherries will be condemned to the drop if managerless Watford avoid defeat at home to Pep Guardiola’s City on Tuesday evening.

England Under-21s goalkeeper Ramsdale has his fingers crossed for a reprieve at Vicarage Road but is unsure whether he will tune in to watch events unfold.

“The hardest thing is we haven’t been good enough over the duration of 37 games” said Ramsdale, whose team finish the season at Everton.

“We just have to hope and pray that Man City can win and we can still be in the fight come Sunday.

“I don’t mind watching games. It depends how I feel on the day, to be honest.

“Some lads might watch it, some lads might not but ultimately there is nothing we can do. If we watch it, it doesn’t mean the result is going to go the way we want it to.

“If Manchester City beat Watford, we go to Everton with a lifeline, and we go and hopefully get three points because everyone still believes and believes in each other.”

Bournemouth sit three points from safety with one game to go and hold an inferior goal difference to the 17th-placed Hornets.

They were left empty handed at home against Southampton after VAR intervened to rule out Sam Surridge’s stoppage-time equaliser for an offside against Callum Wilson.

Ramsdale, who saved a second-half penalty from Ings, has missed just one top-flight game this term after becoming Eddie Howe’s number one keeper.

And the 22-year-old admitted the disallowed goal was a hammer blow.

“People have said all season you could have the perfect goal and you don’t want to celebrate in case something’s happened,” said Ramsdale.

“It just felt like the life was sucked out of us all at that point.

“It was just sickening at the end. To think you’ve got a point back and it ends up being ruled out.

“But we are going to pick ourselves up.”