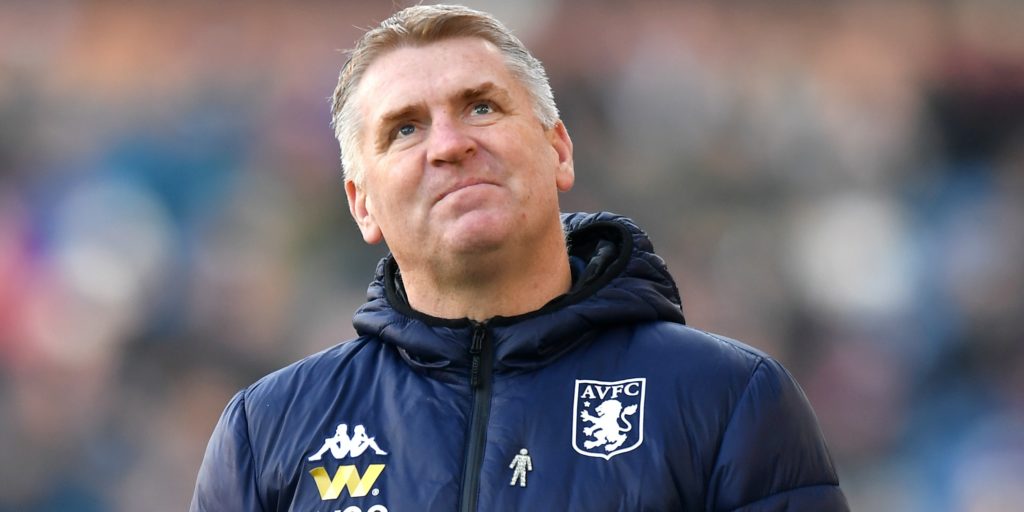 Aston Villa boss Dean Smith says the club would not be in financial jeopardy if they lose their Premier League status this season.

Villa go into the final two games, starting with Arsenal on Tuesday, realistically needing to win both to avoid an instant return to the Championship.

With the full financial implication of the Covid-19 pandemic still not clear, it seems sensible to think the Premier League would be the safest place to be.

But Smith says, thanks to the club’s owners Nassef Sawiris‎ and ‎Wes Edens, Villa are in a sound financial position, even with the hit of relegation.

“The short-term future of the club is not in jeopardy at all,” he said. “If we get relegated it is one of those things we have to deal with, but we are in great hands with the owners that we have got.

“But we all want to keep our Premier League status. We know we have to work hard to make sure that happens.

“Each club will have its own reasons for staying up. We are very fortunate as a football club that we have got two billionaire owners that we are reliant on and have been fantastic for the football club.

“If we were to get relegated we are still in a good position because of the ownership of the football club.

“We also know what is at stake and how ambitious they are and why we want to stay in the Premier League.

“We are thankful that we have got two billionaire owners who have got ambitions of improving this club as we go.

Their relegation fate could be sealed on Tuesday night if Watford pick up a point in the early kick-off against Manchester City and then they do not beat Arsenal.

Smith did not want to comment on Watford’s situation, sacking Nigel Pearson with just two games to go, in case it gives the Hornets added ammunition.

Instead he is preferring to concentrate on his own side.

“We feel we are in a good place.

“I was surprised as anyone when I heard the news (about Pearson). I was disappointed for Nigel, who is a good guy and Craig Shakespeare who is a really good friend of mine.

“I am not going to comment on it, we are in a relegation battle with them and I don’t want to give them any ammunition on something I have said about it.

“The players will know what the result is, we will have it on while we are planning.

“It is part and parcel of where we are at, we need to know what the result is, but it doesn’t change the way we approach the game, our approach is still to go and win it.

“We have to do that to even try to catch Watford.”