Frank Lampard – Prove to me you’re a long-term keeper, Kepa 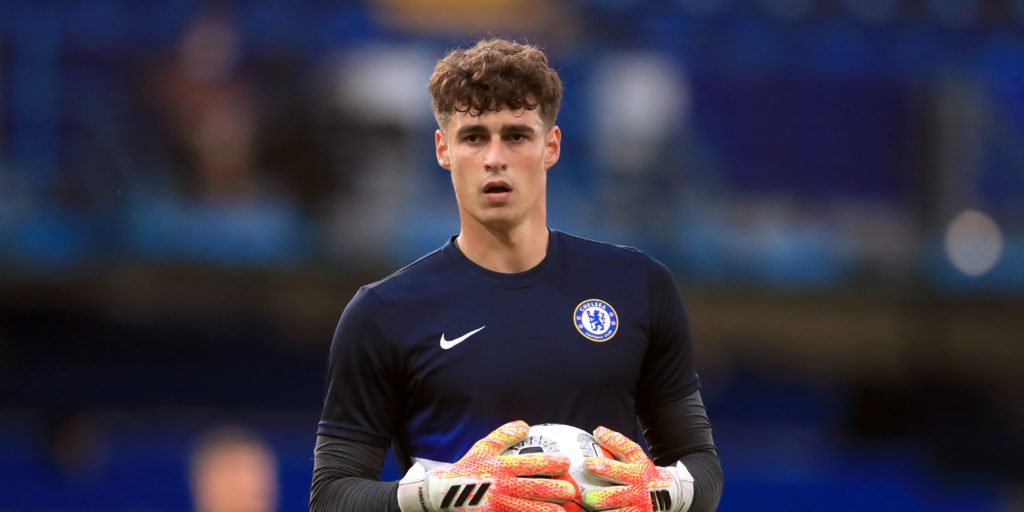 The Blues boss is looking for a goalkeeper who will define his new era at Chelsea.

Frank Lampard has challenged Kepa Arrizabalaga to become the goalkeeper who defines his new era at Chelsea.

The Blues paid a record GBP 72million for a keeper when bringing Kepa to west London from Athletic Bilbao in 2018.

The 25-year-old is yet to convince manager Lampard that he is Chelsea’s long-term keeper however, with the Blues running the rule over a number of potential summer recruits.

Asked what qualities he wants from his goalkeeper, Lampard said: “I think clearly you want them to be talented to keep balls out of the net; it is old school but it’s the first and foremost job in what a goalkeeper should keep closest to their heart.

“The idea of clean sheets, it’s not always culpable on them, of course. For a keeper to have a real desire and talent to produce that.

“But in the modern day they are even more involved than ever. To use their feet, to be a personality… all-round ability which you see with the top-level goalkeepers in the world.

“We were fortunate to see at Chelsea that we had ones we can certainly say were part of huge eras for the club.

“That has to be Kepa’s desire, to be that person for this club and be a goalkeeper in his own right to say that he’s a huge part of a successful team.

“It’s not just on Kepa of course, but in his own way that is what he has to believe and work towards.”

Callum Hudson-Odoi is yet to start for Chelsea since football’s resumption, with the 19-year-old still seeking top sharpness after injury concerns.

Lampard reiterated his desire to see the richly talented England forward fulfil his great potential at Chelsea, however, even amid this summer’s squad revamp.

“I’ve spoken about Callum a lot, he needs to keep training at the highest level, which is actually what I’ve seen him doing, particularly in the last week or 10 days,” said Lampard.

“In the two games he’s come on he’s had good impacts, in the last two performances, and that’s the way he needs to continue.

“He’s a young player with great talent, great potential, and I want to see that potential come through.”