Gaetano Berardi will miss Leeds’ final match of the season 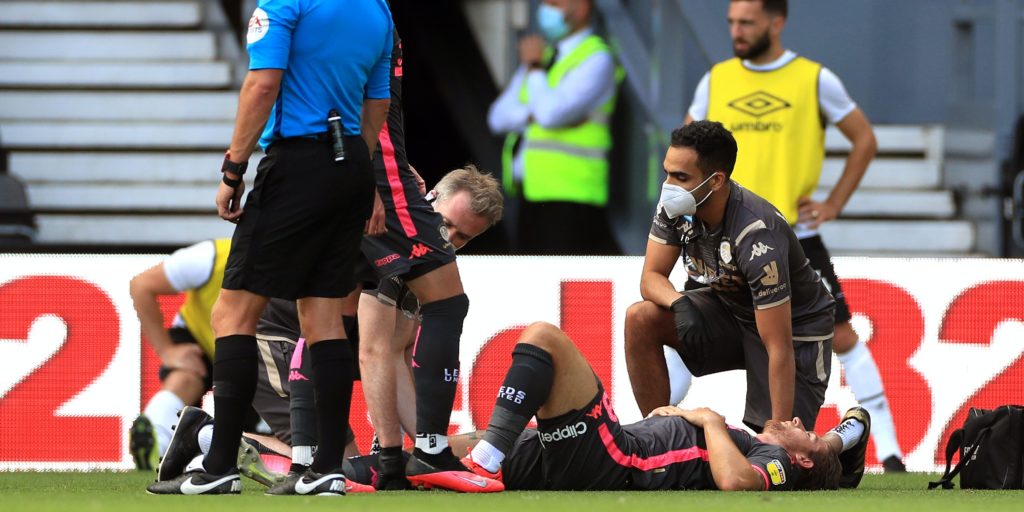 Leeds will be without defender Gaetano Berardi in their final game of the season against Charlton at Elland Road.

Berardi suffered an anterior cruciate ligament tear in Sunday’s win at Derby and faces up to nine months on the sidelines.

Midfielder Kalvin Phillips (knee) is still out but Marcelo Bielsa has no other new injury or suspension problems and could revert to an otherwise full-strength starting line-up after making seven changes at Pride Park.

Mateusz Klich, Jack Harrison, Luke Ayling and skipper Liam Cooper are among those hoping for recalls.

Midfielder Darren Pratley will be assessed after missing out at the weekend due to a groin strain.

Striker Josh Davison is hoping to continue in the starting line-up after making his first start since January against Wigan.

Jake Forster-Caskey and Naby Sarr also returned to the starting XI at the weekend, while on-loan Aston Villa winger Andre Green could feature after recovering from a toe injury.