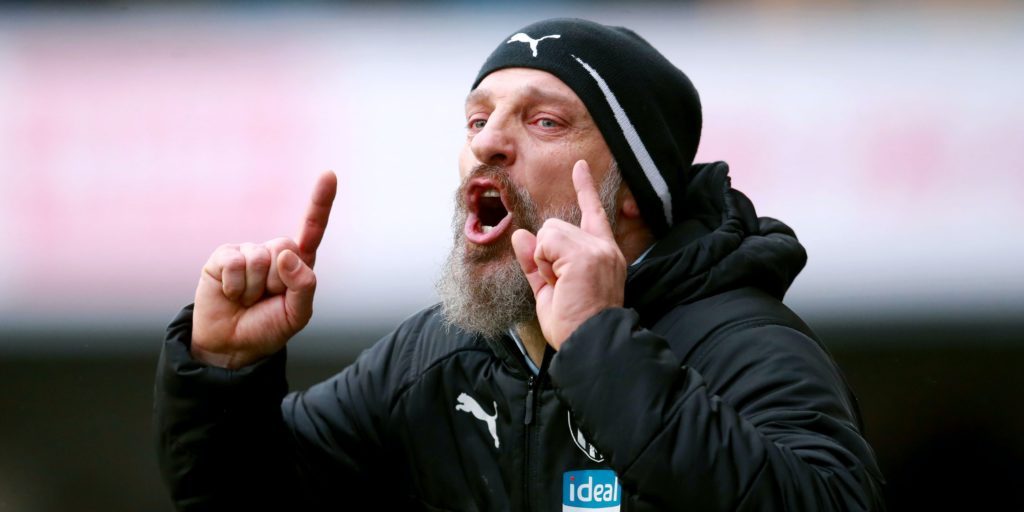 West Brom have returned to the Premier League after a two-year absence.

West Brom have returned to the Premier League after Wednesday’s 2-2 draw with QPR.

The Baggies blew the Swans away in a display of pure swagger as they reclaimed top spot from Leeds.

Matheus Pereira was the architect scoring once and setting up the other four for Semi Ajayi, Hal Robson-Kanu, Matt Phillips and Kyle Edwards.

It was a sixth successive win and sent out a serious promotion warning to their rivals.

The Baggies had just ended a run of seven winless league games by dispatching Luton but a trip to The Den was a tougher proposition.

In the middle of Storm Ciara Albion completely put their bad run to bed as they outfought and outworked the Lions.

Filip Krovinovic scored just before half-time and Dara O’Shea netted with six minutes remaining to get the squad firmly back on track.

Albion played some of their best football of the season in their comfortable win at Ashton Gate.

Callum Robinson and Hal Robson-Kanu put them 2-0 up before half-time in a dominant display.

It was not all plain sailing as Romaine Sawyers was sent off in the second half but within two minutes Robson-Kanu added a third to end any worries.

Having lost 1-0 to Brentford in their previous outing and drawn 0-0 with Birmingham after returning from lockdown Albion needed a win.

Charlie Austin’s penalty eight minutes before the break set the Baggies on the way to their first win in five games.

Pereira’s second-half double wrapped it up as the Baggies got back to winning ways.

The pressure was on following Brentford’s 2-1 win over Charlton the day before left them just a point behind second-placed Albion.

Grady Dianagana’s early opener settled the nerves and the Baggies produced and accomplished and professional performance which was wrapped up by Dara O’Shea’s second-half header.

It helped Derby were so limp but Bilic’s side delivered when the stakes were high.