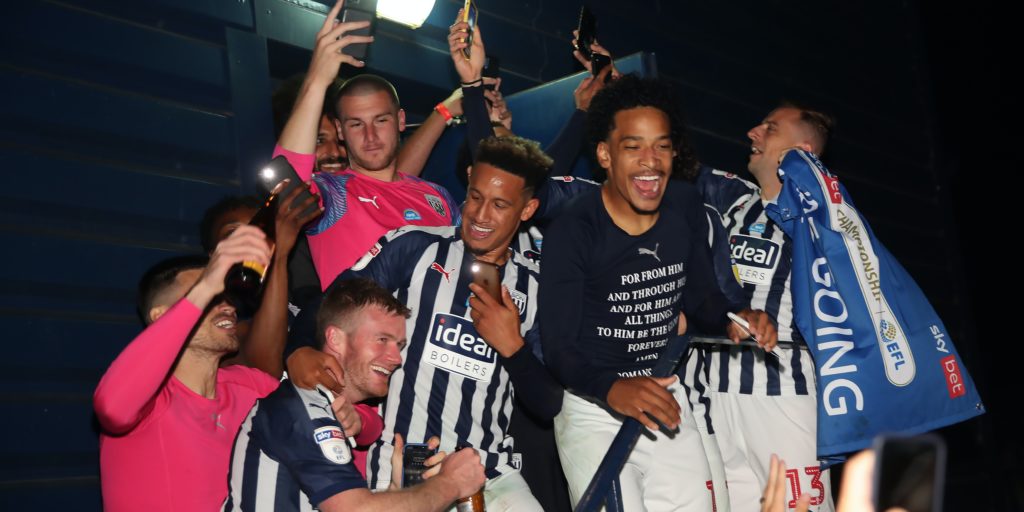 The Baggies are back in the Premier League after a two-year absence.

Slaven Bilic says guiding West Brom back to the Premier League gives him as much pride as managing his country.

The Baggies survived final-night nerves as they drew 2-2 with QPR and nearest challengers Brentford lost 2-1 to Barnsley.

It meant Albion, who lost in last season’s play-off semi-finals, were promoted from the Sky Bet Championship by two points – 10 points behind champions Leeds – and ended their two-year top-flight exile.

Callum Robinson had put the hosts 2-1 up only for Ebere Eze to deny them victory. Ryan Mannings opened the scoring for Rangers with Grady Diangana levelling.

Bilic took Croatia to two European Championships and insisted reaching the Premier League in his first season at the Baggies was a similar feeling.

He said: “It’s at the top (of his achievements). You don’t know how exhausting it was this season. You can’t imagine how proud and happy I am.

“I managed my country (Croatia) for six years and I said no matter which club I manage nothing will compare when you are manager of your national team. I can’t say it’s the same but I feel as proud as I felt then.

“We’ve got work to do but I haven’t thought about it because of this crazy situation. We did a bit of work during the lockdown. Now, not today, not tomorrow or the day after and we’ll see next week.

“What a season – what a league. I know you asked me that and I was very vocal when I said I would always like to manage in the Championship because it’s especially difficult.

“It’s exhausting, it’s demanding, I didn’t enjoy every minute of it, of course, but with a finish like this, the results at the bottom, the Forest situation, it’s unbelievable.

“I thought Brentford would have pressure in today’s game. That shows you how difficult today it is to win a game, Brentford are a beautiful team with a top manager and I love the way they play.

“It’s not easy that’s why I’m very proud of the boys.”

Mannings opened the scoring after 34 minutes when he drilled in from 20 yards but Diangana levelled a minute before the break.

They were forced to wait for Brentford’s defeat to be confirmed but the news sparked wild celebrations on the pitch.

QPR finish the season 13th, with Wigan’s points deduction lifting them one place, having flirted with the play-offs earlier in the season and boss Mark Warburton wants his players to remember the hosts’ party.

He said: “Watching West Brom celebrate on the pitch, it’s going to burn into your soul. I want that.

“The players have been asked and challenged every game, it’s a very high level.

“It was important we came here and showed the appropriate level of commitment. The players deserve a lot of credit.

“We’re happy, teams have come here and if you’re not careful you can get badly hurt. The players have worked hard on the training ground and got the result they deserve to.

“The players deserve enormous credit, we’ve had a big overhaul and if you take Geoff Cameron out we have an average age of 23.

“Eze is a very special player, I’m loath to talk about individuals but he has worked so hard. It’s easy to distract the young players with headlines but I’m delighted in the manner he has dealt with them.”