Home News Harry Maguire: You’re in the wrong sport if you’re not up for Leicester shootout

Harry Maguire: You’re in the wrong sport if you’re not up for Leicester shootout 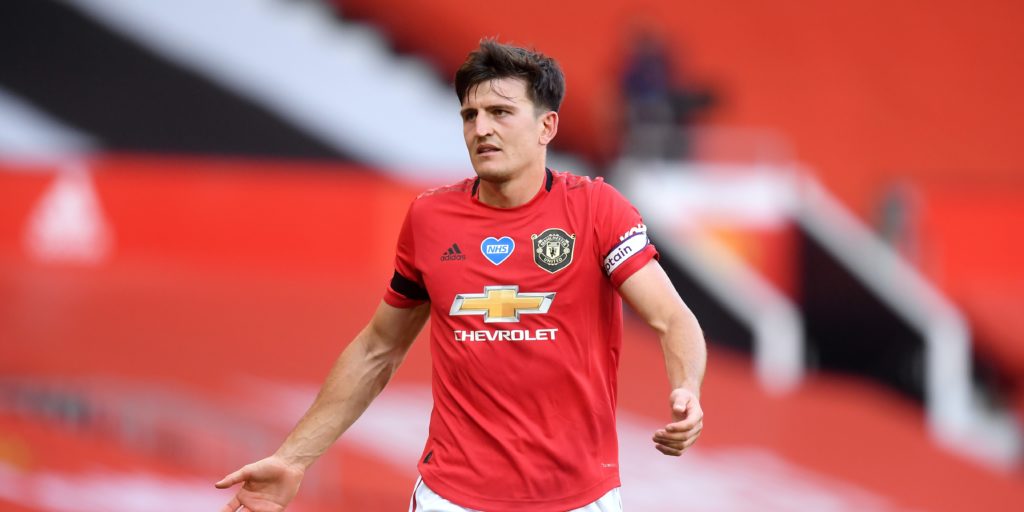 Manchester United will return to the Champions League if they can avoid defeat at the King Power Stadium on Sunday.

Manchester United captain Harry Maguire is ready for Sunday’s Champions League shootout with former club Leicester, saying “you’re in the wrong sport” if you cannot get up for the high-pressure clash.

Ole Gunnar Solskjaer’s men were far from being at their best against West Ham on Wednesday, but the 1-1 draw at an empty Old Trafford was enough to see them break into the top four for the first time since September.

United are in third spot heading into the season finale at fellow Champions League hopefuls Leicester, who slipped to fifth as their poor run coincided with an impressive upturn in the north west.

Solskjaer’s men will secure a return to European football’s top table if they avoid defeat at the King Power Stadium, with Maguire returning for the first time since last summer’s big-money move to Old Trafford.

“We’re disappointed,” the United skipper said after the 1-1 draw. “It was an important game – a very important game not to lose – but we want to win the game.

“We want to win the game, want to score goals. We have scored numerous goals of late and we started the game really well.

“We started the game on the front foot, high tempo, big intensity and we should really take the lead. And then we had a sucker punch before half-time, which was disappointing.

“Great reaction from the lads to come out second half. It was a great goal from Mason (Greenwood): great feet, great finish and nice play from Anto (Anthony Martial) as well to find him.

“But then we wanted to push on and really control the game in their half and it didn’t happen like that.

“We lost a bit of tempo, a bit of intensity and a bit of aggression and we gave away the ball far too much.

“We’ll look at it but we’re in a great position. We’d have taken this come Christmas, so we have got to take the positives but we’re disappointed not to win the game for sure.”

Asked if United are ready for one last push after a punishing schedule, Maguire told MUTV: “Well, I hope so! If you can’t get ready for the game that’s coming on Sunday then you’re in the wrong sport.

“It’s a huge game. We’ve got three days now to prepare for it, which with our schedule being what it’s been it’s generally been two days and then play.

“So, you don’t get time on the training ground, it’s more about recovering.

“It’s nice to have three days, which seems a bit crazy to say but the schedule has been hard for the lads. But we’ll be ready on Sunday.”

Teenager Greenwood may well have a key role to play against the Foxes, having capped another promising display with an emphatic goal to cancel out Michail Antonio’s penalty.

“But he’s been excellent, it’s great to see him playing with confidence.

“He always seems to be on the scoresheet, especially since we’ve returned from lockdown.

“He’s a special talent and he’s going to have a big future at this club.”

The point not only put United in the top four but guaranteed West Ham’s survival, with David Moyes looking to kick on next season having been allowed to leave after staving off relegation in his first spell.

“We’re under contract anyway so whether we were Premier League or not I was going to be at West Ham unless the owners chose different,” he said.

“Last time I only had a short contract so the owners were entitled to do what they wanted to do, this time I am under contract and I can see shoots of improvement.

“The owners can see shoots of improvement too and I think they understand the way we would like to go and the idea we have got.

“I think there is a great opportunity to improve a great club with big ambitions.”