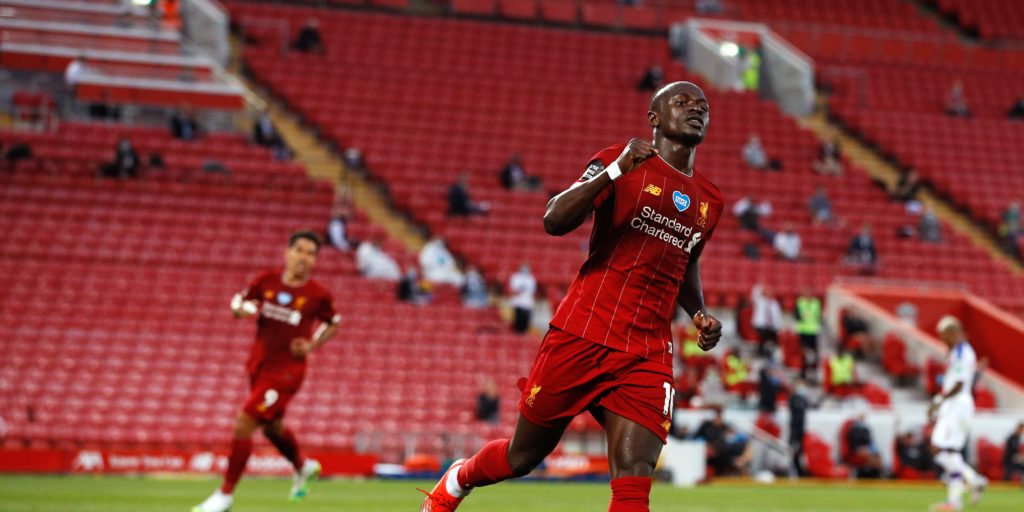 Striker has been a crucial member of title-winning squad.

The Senegal international has scored 21 times this season, which is two behind team-mate Mohamed Salah.

Captain Jordan Henderson, however, appears to be the front-runner to contest the title with Manchester City’s Kevin De Bruyne when it is announced on Friday.

Rush, Liverpool’s record goalscorer, believes Mane should be in the conversation.

“It’s been very difficult. I am biased as I like strikers and I think Mane has been fantastic,” he told the PA news agency.

“Jordan Henderson has been incredible and Virgil Van Dijk is Van Dijk but I think Mane has been fantastic this season.

“People say Salah hasn’t been as good as he has been and we all know that but he’s still our top goalscorer.

“It just shows how good he was when he scored those 43 goals (in his maiden campaign at the club three years ago).

“People are judging him on that and that was an incredible season and you are not going to get that again.

“He is still doing a great job but Mane seems to have upped his game this season.”

Despite winning the Premier League – their first title in 30 years – at a canter, there has been questions asked about the depth of Jurgen Klopp’s squad.

Back-up forwards Alex Oxlade-Chamberlain – although he has also mainly been deployed in midfield, Divock Origi, Xherdan Shaqiri and January signing Takumi Minamino have contributed just 13 goals between them.

Klopp was interested in RB Leipzig striker Timo Werner but withdrew when the price became too high and he signed for Chelsea.

The Reds boss has sought to manage expectations for the summer transfer window after the impact and uncertainty of the coronavirus pandemic.

Rush, however, is backing the manager and his recruitment team and believes there are a number of youngsters who have had first-team experience this season who could be given a chance.

“Werner is a great player and people said they should have got him but there is a reason they didn’t get him,” he added.

“I am sure he would have loved to come to Liverpool but I think Klopp is right in what he is doing. They should want to come not for the money but because of Liverpool Football Club.

“Liverpool have their principles and everyone wants to play for them but at the end of the day they have to be the right player.

“Look at the front three. Is someone going to come to play second-fiddle to them because I’d be surprised if anyone would get in front of those three?

“If you look at the defence the two full-backs are fantastic and you have (Joe) Gomez and Van Dijk. The midfield is fantastic.

“The young players are Liverpool are doing a great job. Neco Williams coming in, Curtis Jones, Rhian Brewster on loan at Swansea, I think they are relying on the academy for players to come through.

“When they beat Everton in the FA Cup there were some quality players so maybe they don’t need to sign young ones any more, maybe it’s just signing an experienced one.

“But it’s difficult because if you’re going to play GBP 80million for someone you expect to start the season with them.”