Home News Alireza Jahanbakhsh’s Seagulls future up in the air

Alireza Jahanbakhsh’s Seagulls future up in the air 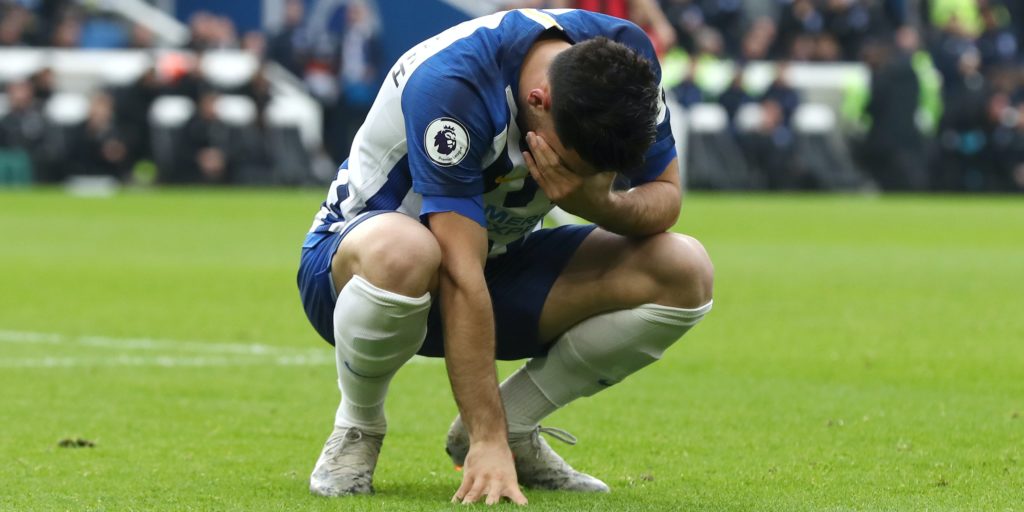 The Iran international has struggled to impress since a £17million from AZ Alkmaar in 2018.

Graham Potter will consider the future of Alireza Jahanbakhsh over the summer but insists Brighton’s former record signing could still have a part to play at the Amex Stadium.

Iran international Jahanbakhsh has struggled to impress since a GBP 17million from AZ Alkmaar in 2018.

The out-of-favour winger has been restricted to just 20 minutes of action in Albion’s eight games since football resumed and appears surplus to requirements.

Seagulls head coach Potter understands the player’s concerns about a lack of game time and admits the situation needs to be addressed.

“He’ll be frustrated of course because he wants to play and I understand that,” said Potter.

“He’s been great around the club, great with me, he gives his best all the time but he’s like any footballer – they want to play more.

“But again you can understand it from his perspective that he wants to play more regularly than he has.”

Jahanbakhsh appeared to have kick-started his Seagulls career with two goals in as many games – including a spectacular bicycle kick against Chelsea – either side of the turn of the year.

But, going into the final game of a difficult campaign, the 26-year-old has started only three top-flight matches since Potter succeeded Chris Hughton last summer.

Albion complete the season away to in-form Burnley on Sunday after guaranteeing survival with a goalless draw against Newcastle on Monday.

“We know it’ll be a very tough game – you only need to look at Burnley’s points since lockdown, what they’ve achieved over the last few years,” said Potter.

“It’s an amazing job there that Sean has done and I have the utmost respect for him and for what they’ve achieved.”