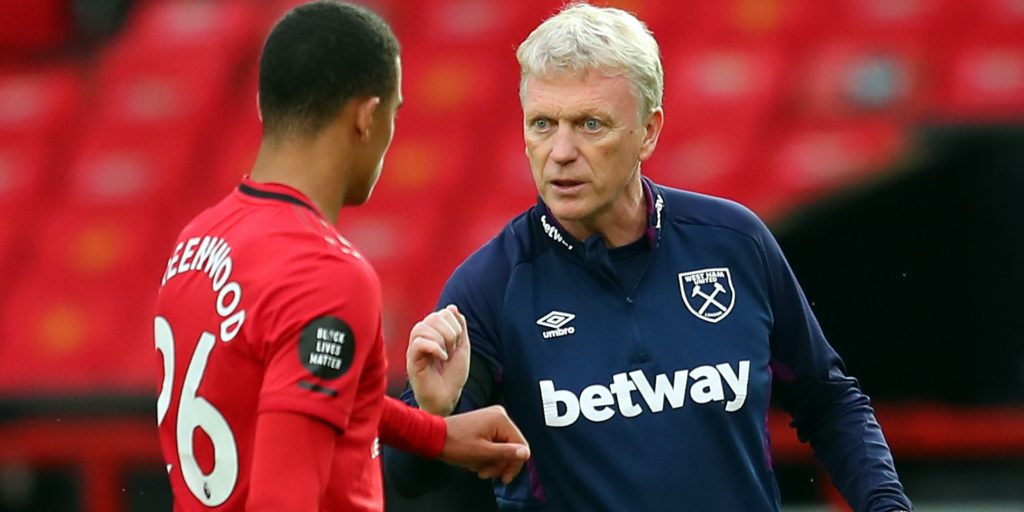 Two wins and a draw in the last three matches steered the Hammers to safety.

David Moyes feared West Ham would be preparing for a nerve-wracking relegation decider against Aston Villa on Sunday.

The Hammers began the restart locked in a battle for survival which looked set to go right down to the final day.

Instead Moyes can relax safe in the knowledge that two wins and a draw from their last three matches has already kept West Ham’s heads above water for another season.

“I would say we are all relieved, yes,” said the Hammers boss. “It’s been difficult and quite stressful after coming back from lockdown, the pressure was on and playing nine games in six weeks was always going to be difficult.

“To get the job done before the end of the season was more than pleasing, I have to say. We did it before the last time we were here when we stayed up so I am pleased to say we have done something very similar.”

The same cannot be said for Villa, but at least their destiny is in their own hands after leapfrogging Watford to climb out of the bottom three.

“It won’t be easy. I never expected it to be,” added Moyes. “I expected us to be competing against them for one of us to day stay up.

“But the way our players have done a great job of getting ourselves in a safe position, I have to credit them that we haven’t had to take it to the last game of the season.

“I know what the other managers are going through and how they are feeling, as I was feeling that way just a few weeks ago.

“It’s so close, incredibly stressful for the managers but that is the job we are in. There is so much at stake as well, so I understand what it is like for them.

“Thankfully, from our point of view, we are not involved.”