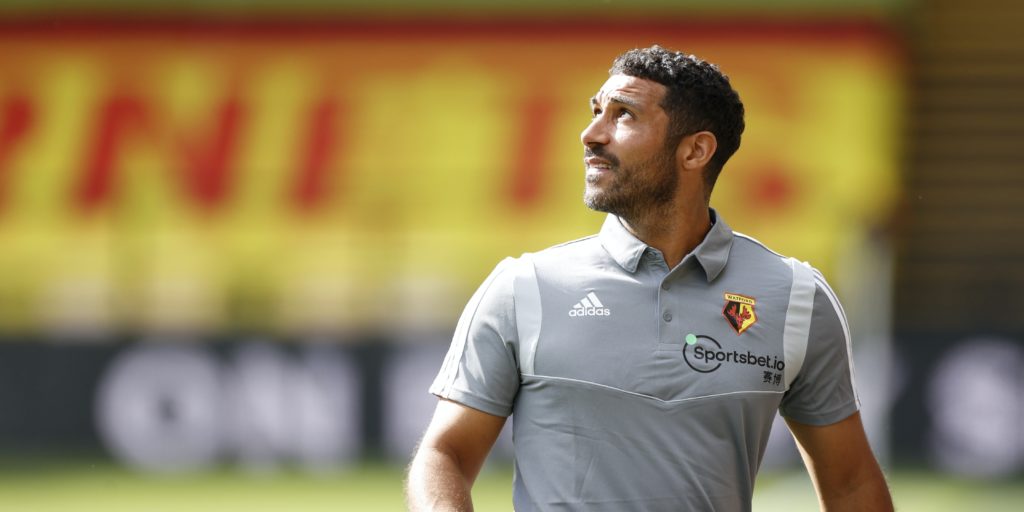 The Hornets could be relegated from the Premier League this weekend.

Pearson left the club on Sunday with the Hornets mired in the battle for Premier League survival – with Mullins taking charge for the remaining two games.

A 4-0 defeat at home to Manchester City means that Watford’s future is out of their hands and they will kick off at Arsenal on Sunday inside the relegation zone.

The timing of Pearson leaving, coupled with the fact he had lifted them from the bottom of the table following his appointment in December, left many fans frustrated.

The Hertfordshire club have now had seven managerial changes since returning to the top flight in 2015 – with Mullins in charge for the second time this season.

Such chopping and changing has worked to date but, with their Premier League status in the balance, Watford owner Gino Pozzo, chief executive Scott Duxbury and technical director Filippo Giraldi have taken some flak.

But, asked if the next manager needs to be given more time, Mullins replied: “I don’t know.

“It is not an area where I look at and really worry about, that is down to the guys at the club who make those decisions.

“What the fans know is that this football club has been in very, very good hands – and is in good hands – for the past five or six years.

“They need to trust the owners and the people who make the decisions, us now as staff and players here, we are concentrated on our job and what we need to do on Sunday.”

Mullins also rejected claims from goalkeeper Ben Foster that morale was at rock bottom heading into the final round of fixtures.

Talking after the thrashing at the hands of Manchester City, Foster told Sky Sports that confidence was “so, so crazy low” – but Mullins said that was a personal feeling.

“The game was a tough one to take because we got beat and secondly because Villa picked up points,” he added.

“Nothing changes going into the final game of the season, it is now that is just out of our hands.

“That is how Ben felt at the time, I wouldn’t say there is a blanket kind of feeling for everyone in the squad it was probably just how he was feeling.”