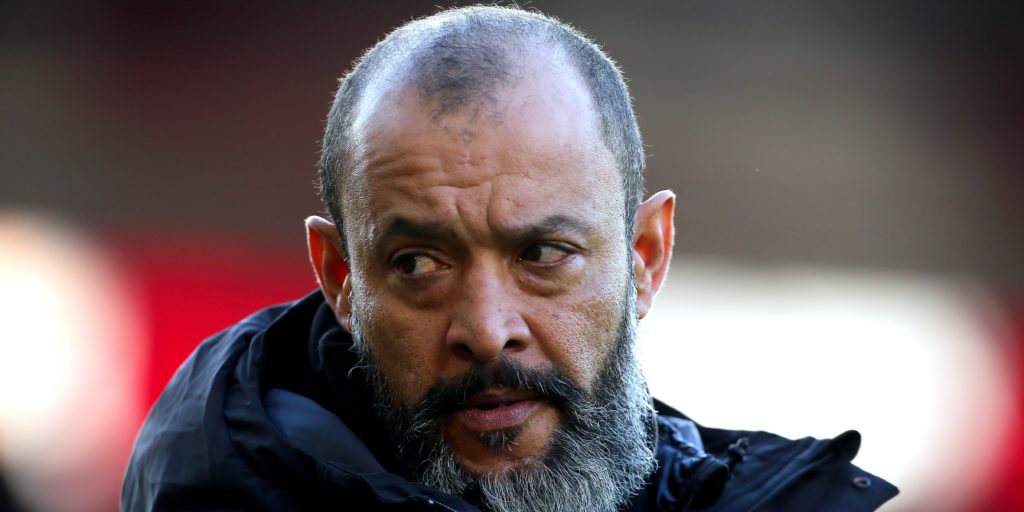 Nuno’s admission came after Chelsea manager Frank Lampard said he regretted the language he used towards the Liverpool bench in midweek.

Wolves boss Nuno Espirito Santo admits he has had to learn to control his emotions during games.

Nuno’s admission came after Chelsea manager Frank Lampard said he regretted the language he used towards the Liverpool bench during his side’s midweek defeat at Anfield.

“It’s not easy,” said Nuno, who will go head-to-head with Lampard at Stamford Bridge on Sunday. “Football is a game of such high emotions.

“Joy, happiness, everything, it’s a mix of emotions and sometimes it’s hard to control.”

Nuno, whose side are bidding to seal a Europa League place, was charged with misconduct during Wolves’ title-winning Championship campaign.

The Portuguese was also fined GBP 8,000 last season for running on to the pitch to celebrate his side’s winner against Leicester.

“It’s not easy,” he said. “But I think we’ve been able to control our emotions in a decent way, but I think, like everybody, you learn. You look around and you try to improve.

“This I think we’ve been able to do since the Championship. Like a child, you are told what to do sometimes.”

Emotions could run high at Stamford Bridge. Wolves must win to guarantee a top-six finish, although they could still secure Champions League football by winning this year’s Europa League.

Chelsea must win to guarantee a top-four finish, with Champions League and Europa League places still up for grabs on the final day.

Nuno hailed his captain, Conor Coady, who is set to start in every Premier League game for the second successive season.

Coady also started in all bar one of Wolves’ league games when they won the Championship title.

“It says a lot,” Nuno said. “He’s our captain and he leads by example, every day. Conor has been amazing.

“Being ready every day of the season, for three seasons in a row. It’s not easy.”

Fellow defender Matt Doherty is hoping to make his 300th appearance for the club.

“It’s fantastic,” Nuno added. “Matt has been massive for us. I’m very happy for him because at the start, in the Championship, he changed his position on the pitch.

“He was fantastic playing left wing-back, but I think everybody realised his potential on the right. He never says no to a challenge.”