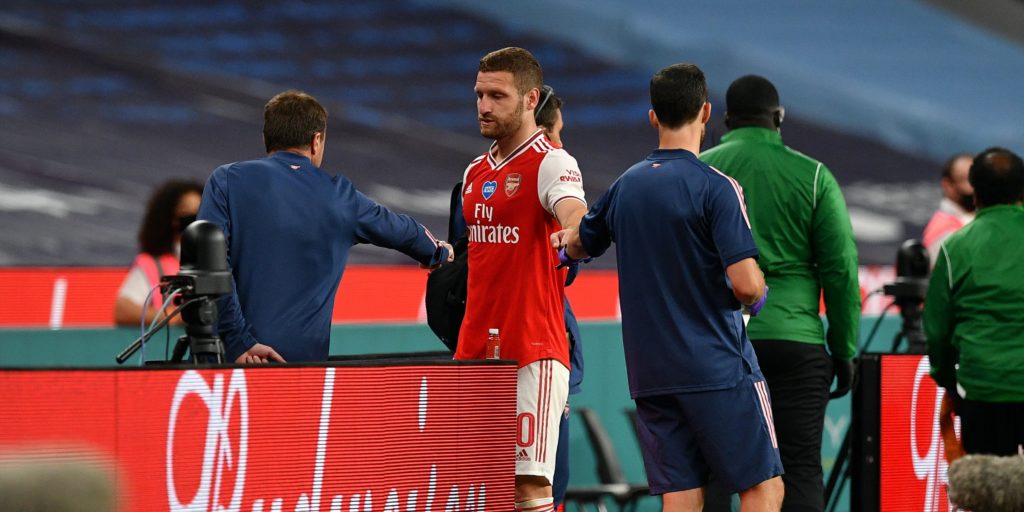 Mustafi became an integral part of Arteta’s side – starting all-but two of their last 14 Premier League games prior to his injury.

Arsenal have confirmed Shkodran Mustafi has been ruled out for the rest of the season with a hamstring problem – meaning the defender will miss a second FA Cup final through injury.

The 28-year-old has enjoyed something of a career renaissance at the Emirates Stadium since Mikel Arteta took charge in December.

Often a divisive figure among Arsenal supporters, Mustafi became an integral part of Arteta’s side – starting all-but two of their last 14 Premier League games prior to his injury.

The Germany international was forced off late on in Arsenal’s 2-0 FA Cup semi-final win over Manchester City.

Arteta said on Thursday that Mustafi would be doubtful for the final against Chelsea on August 1, with the club announcing a day later that he is definitely sidelined.

“Will miss remaining matches of this season. Further details on recovery programme will be confirmed in the coming days.”

Mustafi was also forced to watch on from the sidelines as Arsenal beat Chelsea in the 2017 FA Cup final, missing the victory through illness.