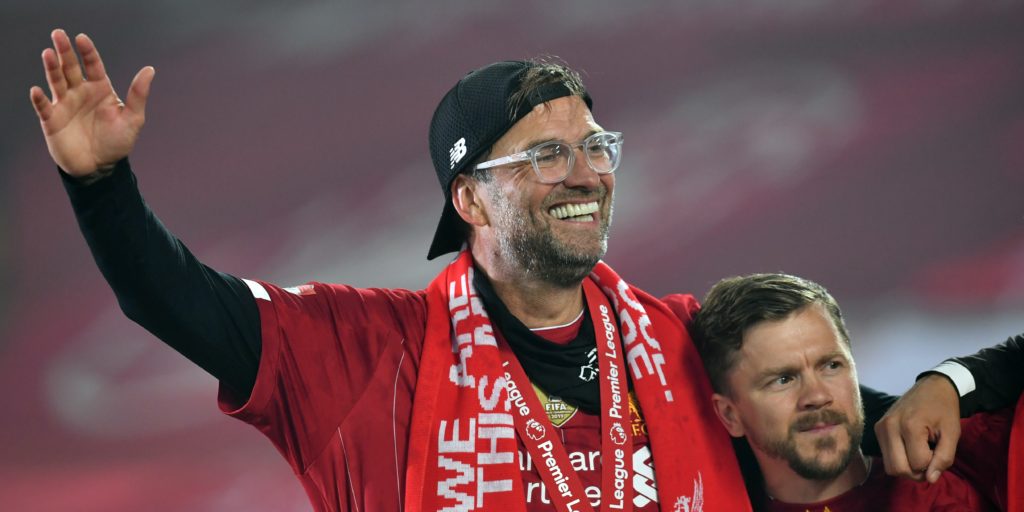 The Reds were presented with the trophy on Wednesday evening.

Steve Bruce is hoping Premier League champions Liverpool have enjoyed a lengthy celebration before setting off for St James’ Park.

Jurgen Klopp’s men are due on Tyneside on Sunday to bring down the curtain on a season which has brought them a first league title in 30 years, and there were delirious celebrations in the red half of the city both when the crown was clinched last month and as the trophy was handed over on Wednesday evening.

Bruce’s side lost 3-1 at Anfield in September and he has seen injuries rip through his defensive resources in recent weeks, so is keeping his fingers crossed that the Reds have already started their summer break.

He said with a smile: “I hope they’ve been partying for three nights after they’ve lifted that trophy, and I hope there’s a few of them worse for wear!

“Knowing their professionalism, I don’t think they will be. The way they went about their jobs the other night against Chelsea, they’re a great, great side.

“It’s always great when the top, top clubs come. That’s what we’ve got to aspire to. They’re a great, great team at the minute.”

Bruce was part of Sir Alex Ferguson’s all-conquering Manchester United side and has been hugely impressed by Liverpool’s domination this season, which sees them head into the final game 18 points clear of second-placed Manchester City.

He said: “It’s quite incredible. When you look at their team and the squad of players they’ve put together, they’re young, so they could be around for a long, long time.

“To slaughter the league like they have, you can only just applaud them. They’d practically won the league before lockdown. It’s a quite remarkable achievement, congratulations to them all.

“Jurgen and the energy he gives is quite incredible. I don’t really know him, but he gets so close to his players and there’s a huge bond between them which probably back 10 years ago it wouldn’t have been possible to manage that way.

“But certainly you take your hat off to him. He’s been a breath of fresh air since he’s come to the Premier League. He’s box office, isn’t he? He’s as good as you get.

“In a different way to most, he’s been hugely successful. He’s been terrific.”