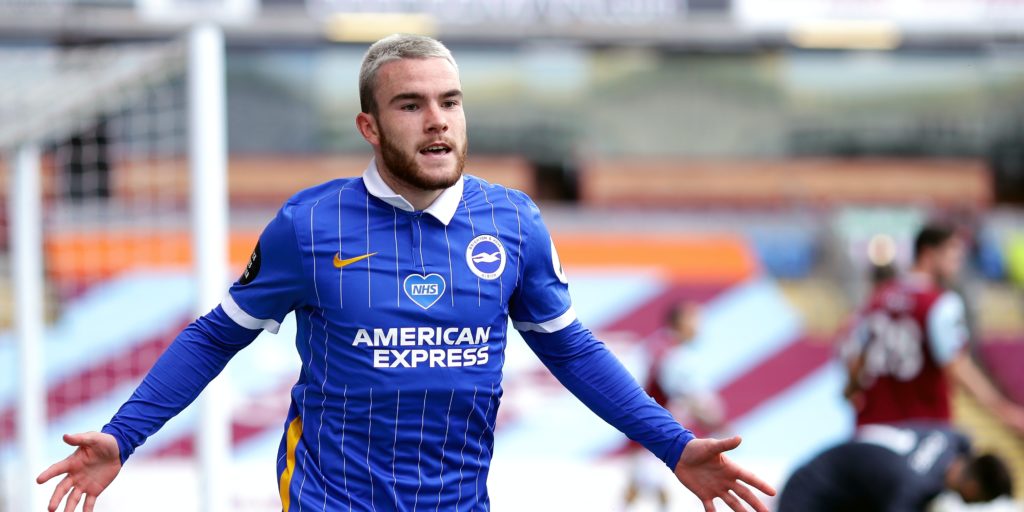 Connolly’s strike five minutes after the break settled it.

There was no Golden Glove for Nick Pope nor a Premier League points record for Burnley as Yves Bissouma and Aaron Connolly fired Brighton to a 2-1 victory at Turf Moor.

Bissouma’s fine curling effort after 20 minutes ended Pope’s hopes of a 16th clean sheet of the season, allowing Manchester City’s Ederson to claim the Golden Glove as Pep Guardiola’s side finished with a 5-0 win over Norwich.

Chris Wood drew Burnley level just before half-time, but Connolly’s goal five minutes into the second half left the Clarets level with the 54 points they collected in 2017/18 as they lost at home in the league for the first time since New Year’s Day.

Brighton, who moved up to 15th with the win, will go into the shortened off-season taking encouragement from a positive display as they posed a regular threat on the counter-attack and looked capable of scoring more.

The game was slow to get going. Jay Rodriguez appeared to be bundled over by Dale Stephens 14 minutes in, but Jon Moss saw nothing in it and VAR eventually agreed after a lengthy check.

Burnley were still shaking their heads at that decision when Bissouma struck six minutes later.

The Clarets could only half clear a corner and the ball came out to the Mali international, who took time to pick his spot before curling an effort into the top left-hand corner.

Brighton tails were up, and they almost doubled the lead moments later when Neal Maupay headed Tariq Lamptey’s cross on to the crossbar.

Burnley were struggling to deal with Lamptey’s pace, and the right-back next set up Alexis Mac Allister, who should have done better than shoot straight at Pope from a central position.

But they would let Burnley back into it before the break, with Wood getting free of Lewis Dunk to control a long ball forward from Erik Pieters before tucking the ball inside the far post.

Brighton, however, needed only five minutes of the second half to get back in front. Maupay kept the ball in play – just – to poke a pass down the line for Connolly, who beat Kevin Long for pace as he cut inside from the left and fired inside the far post.

Burnley thought they were level before the hour when Rodriguez got a glancing header on Ashley Westwood’s corner, but VAR ruled it out for an offside.

The Clarets kept pushing. James Tarkowski headed a long ball into the path of Long but his shot was kept out by a superb block from Dunk, before Stephens somehow kept out a Rodriguez header from point-blank range.

But there would be no way through as Burnley suffered a disappointing end to a campaign in which they have excelled since the turn of the year, going from a potential relegation fight to the fringes of the battle for Europe despite a host of problems on and off the pitch.

With much work to be done this summer and rumours surrounding manager Sean Dyche not going away, fans must hope this is not how his eight-year reign at Turf Moor ends.