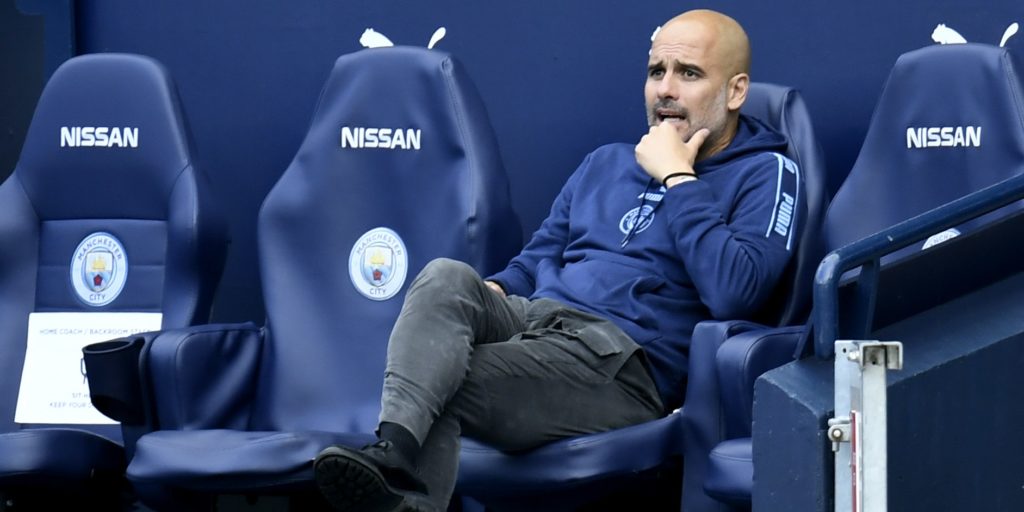 City eased to a 5-0 win on what was David Silva’s final Premier League appearance for the club.

Pep Guardiola hailed a job well done after Manchester City wrapped up their Premier League campaign with a thumping 5-0 win over relegated Norwich.

City may have already been confirmed in second place but that did not stop them powering on for another big win at the Etihad Stadium to tune up nicely for next month’s clash with Real Madrid.

In the process they took their league goal tally for the season to 102 while Kevin De Bruyne, who grabbed two of them, equalled the competition’s assist record of 20 by setting up Raheem Sterling.

Gabriel Jesus and Riyad Mahrez were the other goalscorers on what was also an emotional occasion for David Silva, who was making his final Premier League appearance for the club.

To round off a fine afternoon, Ederson kept his 16th clean sheet of the season to secure the Premier League Golden Glove.

Manager Guardiola said: “We did a good game, with and without the ball and many players were outstanding. In general, we were in a good mood.

“It was good to finish the Premier League season here, in second position, scoring a lot of goals, with the prizes for Eddie and Kevin. We now have two weeks to prepare for Real Madrid.”

Guardiola was pleased to see De Bruyne reach the assists landmark – levelling the record of Thierry Henry from 2002-03 – although he was more impressed with his goals.

He said: “I like Kevin for the assists – we know the quality he has for this – but we need his goals and today he scored two beautiful goals, especially the first one.”

City’s players and technical staff gave Silva a prolonged and emotional round of applause when he was substituted after 85 minutes. The 34-year-old four-time Premier League winner also received a congratulatory phone call from chairman Khaldoon Al Mubarak after the game.

Guardiola said: “I had the feeling they wanted to do that. What the players and staff did showed the gratitude and the honour that he has to have for these incredible 10 years at this club.”

Silva, who will leave the club after the Champions League campaign, spoke of his pride.

The Spaniard said: “Yes, it was (emotional). I have been working with them and I love all of them. I am going to miss all of them.

“I have enjoyed this year and this was the last one in the Premier League, but now we have to be focused on the Champions League as well.”

De Bruyne took his record in his stride and pointed out two of his ‘assists’ this season have not counted due to deflections off opponents.

He said: “I have got two more. You guys took two away from me. I’m still claiming that one. For me I was already there.

“But it is what it is. I need my team-mates – I am helping them to score – and if they score I get it. But it is nice to have it.”

Norwich had little to play for and, despite a bright start when they had an Onel Hernandez strike ruled out for offside, they were brushed aside, bringing their latest stint in the top flight to a sad end.

Manager Daniel Farke said: “Of course it’s disappointing to lose the last game 5-0. We were motivated to travel back with a better result.

“If we are honest, we knew in our situation that we wouldn’t be competitive against, without doubt, one of the best sides in the world.

“But I thought the result was harsh. Of course Man City were the best side and deserved to win but we created chances and should have scored goals.”