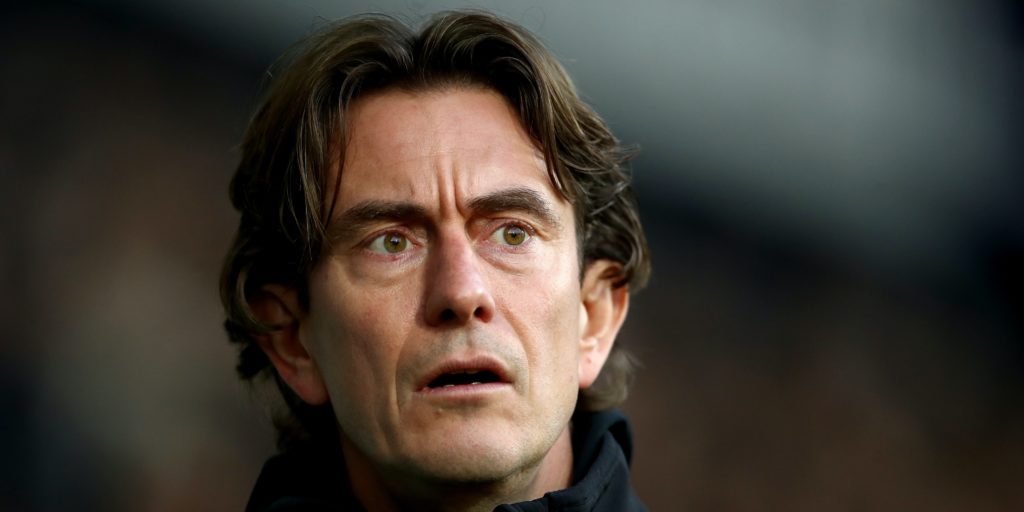 The Bees were reduced to 10 men for the final 25 minutes with the score goalless.

Brentford boss Thomas Frank demanded to know why VAR was not being used in the Sky Bet Championship play-offs after Rico Henry’s controversial red card handed a slender semi-final advantage to Swansea.

The Ghana international had earlier seen his second-half penalty saved by David Raya, but the main talking point centred on the Henry dismissal which left Brentford with 10 men for the final 25 minutes.

Henry appeared to make some contact with the ball before clattering into Swansea wing-back Connor Roberts and his anger at being sent off by referee Keith Stroud was evident as he kicked out at a seat in the dugout en route to the dressing room.

But Frank was furious about the incident, saying: “I don’t think it was a red card. We are 100 per cent going to appeal and I expect it (red card) to be cancelled, so Rico can play on Wednesday night.

“I think there should be VAR in these games. I understand why we do not have it in the Championship but these games are so decisive.

“VAR definitely wouldn’t have given it. But that is for the future and hopefully the EFL will do something about that.”

Swansea boss Cooper, however, had a different take on the incident

“The red card, you can’t do that nowadays,” Cooper said.

“You can’t be as excessive as that, as dangerous as that, whether there is a touch on the ball or not, and expect to stay on the pitch.

“Times have changed. The only positive was that Connor got up because I really feared for him.”

Brentford finished third in the Championship, three places and 11 points above Swansea.

The Bees won the league games between the two sides by an aggregate score of 6-1, but it is now advantage Swansea ahead of the return in west London.

“There’s a small advantage, but it’s only an advantage if we use it,” Cooper said.

“We will recover and prepare as we do normally. Nothing changes.

“As far I’m concerned, it will be 0-0 and we will go to play normal as we do in every single game.

“It’s still all to play for. It’s still in the balance.”

Brentford won seven consecutive games after the coronavirus lockdown to move within touching distance of automatic promotion to the Premier League.

But the Bees suffered shock defeats to Stoke and Barnsley and have now lost three in a row.

Frank, however, said he would be able to pick up his players before what will be the final competitive game at Griffin Park ahead of the club moving to a new stadium.

“It’s not going to be difficult all,” he said.

“You can see the fire in the eyes of the players.

“There are no heads dropped, just heads up. They are ready to go.”