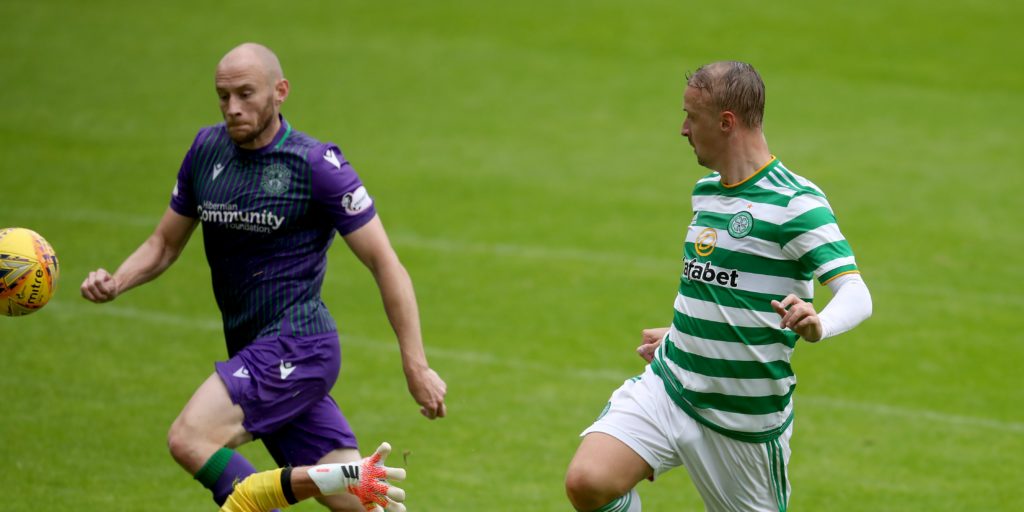 Leigh Griffiths made his mark on his return to the Celtic team after doing most of the work for Patryk Klimala’s first goal in a 3-1 friendly victory over Hibernian.

Griffiths came off the bench around the hour mark for his first taste of pre-season action having reported back out of shape after the lockdown.

The Scotland international looked to have scored in the 74th minute after showing good skill in the box and dinking the ball over Hibs goalkeeper Kevin Dabrowski.

The ball was heading in as Klimala knocked it over the line from a yard before heading home Celtic’s third from close range five minutes later.

Griffiths had a strike saved just before the third and was just too high with a powerful free-kick as he bids to prove his fitness following an ultimatum from Neil Lennon.

The striker was left behind to work on his conditioning as Celtic travelled to France for a training camp and three games against Ligue 1 sides.

Lennon admitted he was “bitterly disappointed” with the condition Griffiths reported back in from the long close season and criticised his “social media nonsense”.

However, the Celtic manager was full of praise for the 29-year-old’s response on Sunday and named him on the bench for his side’s second friendly in 24 hours.

After giving the vast majority of his probable first-choice team 90 minutes in a 2-0 win over Ross County, the personnel was almost entirely different with the likes of Olivier Ntcham, Ismaila Soro and Hatem Abd Elhamed starting in a youthful line-up.

Josh Doig opened the scoring for the visitors with a well-taken volley before teenager Karamoko Dembele was gifted an equaliser after Hibs were slack in possession at the back.

Klimala was denied by block and headed against the post from close range as both sides created chances before the Pole’s late double.