Home News Who were the Premier League’s winners and losers after Project Restart?

Who were the Premier League’s winners and losers after Project Restart? 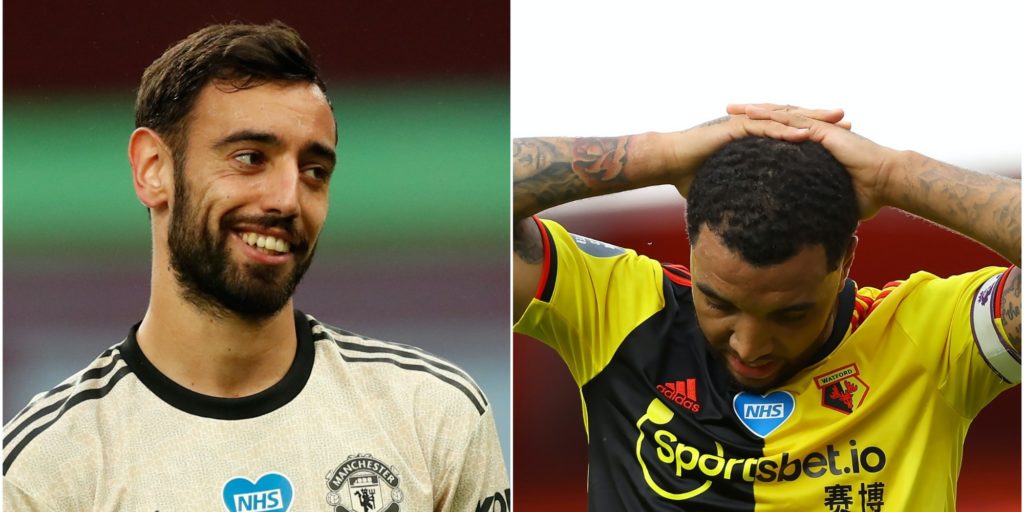 Some teams prospered when the action resumed, while others could not get in the groove.

The Premier League proved to still have plenty of twists and turns as Project Restart got under way on June 17.

The coronavirus outbreak had led to a 100-day pause in the season and, although some of the earlier games were played at a slower pace, the campaign offered drama until the last.

Most sides had nine games left to play at the restart and here, the PA news agency takes a look at some of the winners and losers since the resumption.

Buoyed by the fine form of January signing Bruno Fernandes, as well as the return to fitness of both Marcus Rashford and Paul Pogba, United came up on the rails to finish third.
Eight points adrift of Leicester, a 2-0 victory over the Foxes at the King Power Stadium on the final day ensured Ole Gunnar Solskjaer’s men leapfrogged their hosts, as well as Chelsea, to secure a return to Champions League action, taking 21 points from the 27 available and remaining unbeaten.

Dean Smith’s side only took 10 points from 10 games, having been the last team to play before the lockdown and the team who restarted the season with a draw at home to Sheffield United.
But it was enough to keep them in the Premier League at the expense of Watford and Bournemouth, who both sat above Villa in the table during the break – a 1-0 win over Arsenal was the highlight of a run which saw them take eight points from their last four games.

With a host of key players sidelined through injury and Jose Mourinho still yet to put his stamp on his squad, Spurs sat eighth when the season was halted.
A 3-1 defeat at Sheffield United in their third game back served as a timely wake-up call for last season’s beaten Champions League finalists as they went the rest of the season unbeaten to claim a total of 18 points, sixth place and European qualification for 2020-21.

Following a fine start to the season, and a 4-0 win over Aston Villa in the final game before lockdown, Leicester appeared firmly on course for a top-four finish.
But Brendan Rodgers would see his side win just two fixtures on their return, taking just nine points from their nine games and slipping out of the Champions League places following that last-day defeat to United.

A last-gasp draw at home to Leicester in the first game back looked to be setting up Watford for a run-in which would end with survival.
The Hornets even won back-to-back games against Norwich and Newcastle to open up a six-point gap on the bottom three – but those seven points were all they could muster and, after sacking Nigel Pearson with two matches remaining, their five-year stay in the Premier League ended with defeat at Arsenal on the last day.

While they already sat rooted to the bottom of the table, the 100-day break gave the Canaries time to take stock and have a final push at trying to defy the odds and stay in the Premier League.
They were six points from safety but a woeful run of form since coming back saw Daniel Farke’s side lose all nine games and be firmly cut adrift, shipping 23 goals and scoring just once.