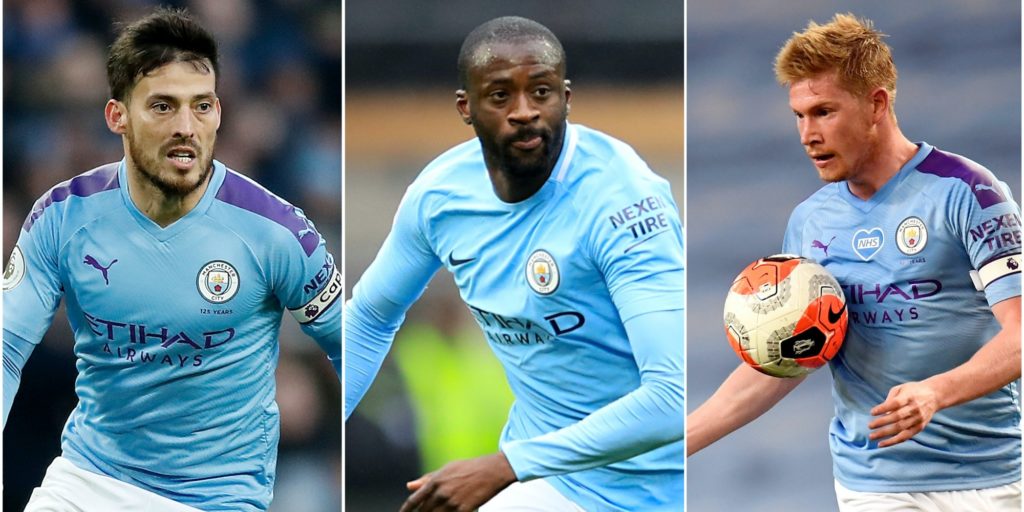 After more than 430 appearances, the Spaniard is widely regarded as City’s greatest player of the modern era.

David Silva has played his final Premier League game for Manchester City as he nears the end of his career with the club.

Here, the PA news agency looks at where he stands among the best City midfielders of the Premier League era.

After more than 430 appearances, the Spaniard is widely regarded as City’s greatest player of the modern era, let alone midfielder. The playmaker has been known as Merlin throughout his time at the Etihad Stadium for his magical ability to spot and thread passes as well as retain possession and drive forward. One of the chief inspirations for four title wins among 11 major honours at the club.

A powerhouse in the centre of the pitch and, along with Vincent Kompany, formed the backbone of the City side that rose to the top of the English game in the early part of the last decade. The Ivorian had quality on the ball and a decent eye for goal. He could dig City out of tight spots but often brought the best out of those around him. Hugely influential.

The dynamic Belgian is close to the complete attacking midfielder. His ability to spot passes and his range of distribution – with many balls becoming assists – make him formidable enough but he can also finish and is lethal from dead-ball situations. With a relentless engine and inspirational qualities, he is already a City great with plenty more to come.

The Brazilian has been a dependable figure in the City midfield since his arrival from Shakhtar Donetsk. He is a strong box-to-box midfielder but has often been used as a defensive shield and – particularly this season – as a centre-back. His importance to the team often becomes apparent when he does not play.

Arguably Sterling should belong in a forwards category but his exact role can be difficult to define in Pep Guardiola’s fluid attack-minded side. Sterling took time to find his feet at the Etihad but his career has really kicked on since the arrival of Guardiola in 2016, improving year on year. Now one of the most influential players – on and off the field – in the English game.

In a time before City were one of the dominant forces in the game, and relegations taking them down to the third tier had to be endured, the performances of the fleet-footed Georgian were one of the few bright spots. Slight in stature, Kinkladze was blessed with wonderful ball control and could weave through the tightest of gaps and finish with grace.