Arsenal hit by defender blow ahead of Blades 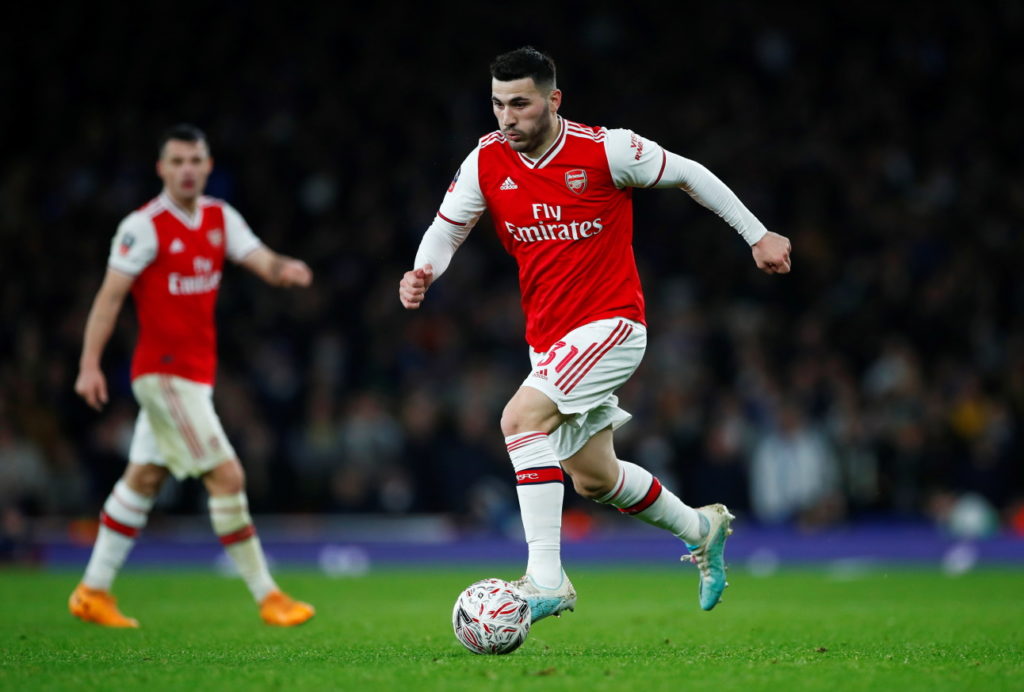 Arsenal have been hit by an injury to defender Sead Kolasinac, who will sit out Saturday’s clash against Sheffield United.

Gunners boss Mikel Arteta has a number of injury issues heading into the game against the Blades, in particular in defence, with Kolasinac now added to the list of walking wounded.

The left-back will miss the Sheffield United game due to a thigh injury and with Kieran Tierney already a long-term absentee with a dislocated shoulder it means that Arteta is without a specialized player for that position.

With that in mind, Bukayo Saka, nominally a winger, is likely to be deployed there at the weekend, with Arteta’s options in the centre of his defence also limited.

The good news for Arteta is the fact that the transfer window is open for another couple of weeks so the opportunity is there to strengthen.

The club have been linked with a move for Manchester City’s John Stones but, despite being a fan of a player he worked alongside at the Etihad Stadium for some time, Arteta insisted there is no bid for Stones.

Meanwhile, the Gunners will also be missing Pierre-Emerick Aubameyang and Arteta has called on his players to “step up” and fill the goalscoring void.

The Gunners were hopeful to have Aubameyang available sooner than the Premier League trip to Burnley at the start of February after he was dismissed in Saturday’s 1-1 draw at Crystal Palace.

Aubameyang had opened the scoring at Selhurst Park but saw a yellow card for a dangerous challenge on Max Meyer upgraded to a red by the video assistant referee.

Arsenal pleaded for mitigation on the resulting three-match ban but the initial suspension stands – meaning the Gabon international will miss Saturday’s visit of Sheffield United, a London derby at Chelsea and then the FA Cup fourth-round clash at Bournemouth.

The sheer reliance on Aubameyang’s goals are borne out in the statistics, with the former Borussia Dortmund man hitting 14 of Arsenal’s 29 Premier League goals this season and all-but three of their goals away from the Emirates Stadium.

“Players have to step up,” Arteta replied when asked if the team will be worse without their suspended captain. “You know, when one of your big players is not there, they have to take responsibility.”