Home Premier League Wolverhampton Wanderers What is the point of football if you cannot celebrate a goal?

What is the point of football if you cannot celebrate a goal? 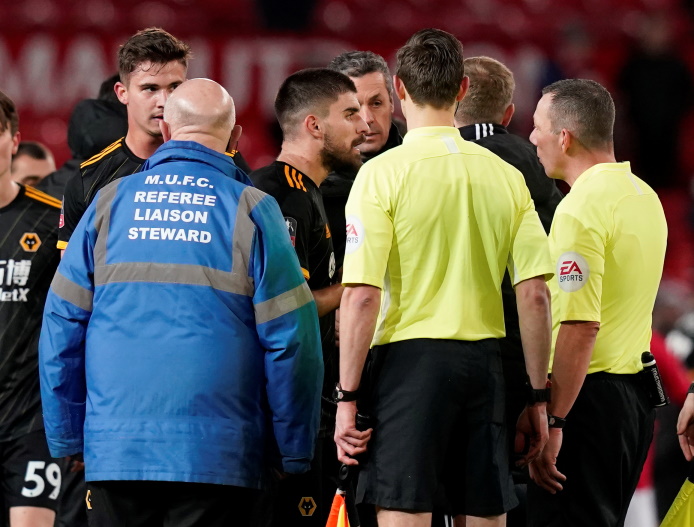 Wolves boss Nuno Espirito Santo has again pointed out the biggest flaw with VAR, players and fans can no longer celebrate a goal!

Without doubt the biggest thrill for a player, and indeed a supporter, is the feeling when the ball hits the back of the net, sometimes in the most dramatic of circumstances.

But that has now been taken away by the introduction of video assistant referee.

The new system has divided opinion like no-one could have imagined since it was introduced in the Premier League at the start of the season and that is showing no signs of changing.

Many believe it should stay and just needs tinkering with to get it right, other believe it is the rules of the game and the way they are being interpreted that is the problem, not VAR itself. And once that is sorted, all will be good.

However the fact still remains that no matter what happens, fans and players cannot celebrate for fear of the goal being reviewed and scrubbed out. Even if the goals stands, the moment has been lost.

Every supporter and player has had that moment of euphoria cut short by a raised flag for offside or a late whistle from the referee, but the introduction of VAR has moved it on to another level.

Nuno summed up the current situation perfectly after watching VAR rule out a goal for his Wolves side in Wednesday night’s 1-0 FA Cup third-round replay defeat at Old Trafford.

With the game finely balanced at 0-0, Wolves were left frustrated by the video assistant referee as Pedro Neto’s early strike was ruled out.

Fred’s attempted clearance from a throw-in cannoned off Nemanja Matic and into the path of Jimenez, whose unwitting handball in a challenge with Harry Maguire meant Neto’s calm finish counted for nothing.

The visiting fans chanted “it’s not football any more” in frustration at the ruling, the second time across this tie Wolves have been left cursing the technology, with an identical infraction at Molineux denying Matt Doherty a goal.

Nuno said: “I didn’t see the images yet but that’s VAR. We are afraid to celebrate, we don’t celebrate what’s going on then Old Trafford celebrates a non-goal. It’s VAR, something’s wrong.”

And there lies the problem. Yes VAR ultimately got the decision right as it has done more often than not this season, but what is the point of football from a spectating and playing point of view, if you cannot celebrate a goal properly?

The frustration you used to feel after finding out your team lost to a goal that should not have been allowed to stand because it was offside or had not crossed the line, was real. But not many would argue the feeling was worse than not being able to celebrate a goal.

Just keep VAR for the rare occasions when there is goal-line decision to be made. Did it cross the line or didn’t it. The rest leave to the officials on the pitch and let the players and fans celebrate like before.