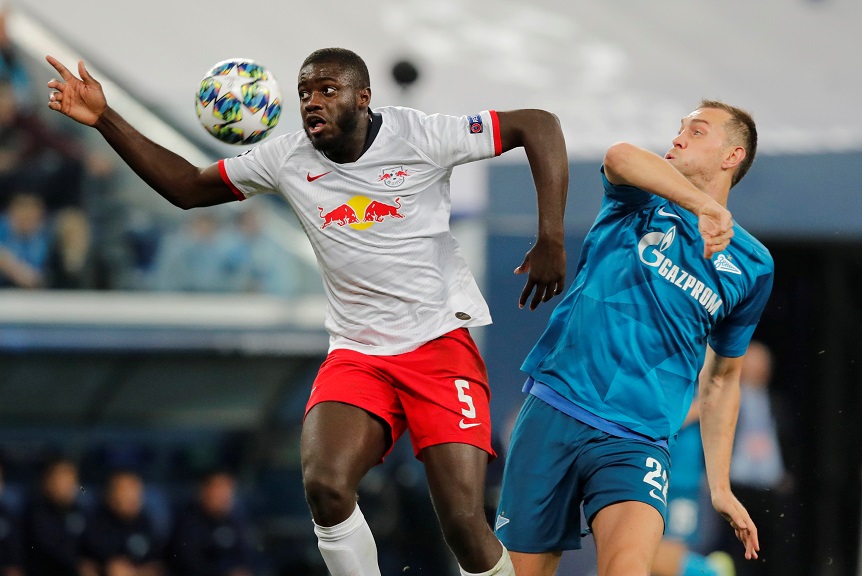 Arsenal target Dayot Upamecano has ruled out making a decision on his RB Leipzig future until the summer, as the club continue their Bundesliga title hunt.

The centre-half set the Saxony outfit back £9m in January 2017 when he arrived from Red Bull Salzburg and has made 25 appearances in red and white this season.

At just 21 years of age, the France youth international has been tipped for stardom and is understood to be firmly on Arsenal’s radar. The Gunners will be seeking to inject a flash of youth into their ageing central defensive setup and Sokratis and David Luiz, both in their thirties, could prove ideal training mentors for the Evreux-native.

The youngster has also reportedly attracted the attention of Bayern Munich and Barcelona but is keen to remain focused on the job in hand. Aware of the interest being paid in him, Upamecano intends to wait until the summer to ponder his next step.

“I will talk well with my agents and my parents at the end of the season. And we will make the right decision,” said the defender.

The Red Bulls are just a point behind leaders Bayern in the league standings with 14 matches remaining and pose a genuine threat to the Munich club’s title quest. No other team has won the Bundesliga since Borussia Dortmund were crowned in the 2011/12 season.

Arsenal added to their defensive options this winter in securing a loan deal for Flamengo centre-back Pablo Mari. The Spaniard is yet to make his first-team debut for the Gunners but did appear for 45 minutes in Monday’s under-23 defeat to Chelsea at Boreham Wood.

The first glimpse of our new boy in action 🤩

Our famous red and white suits you, @PabloMV5 🔴⚪️ pic.twitter.com/4doc8HqpJX

Cedric Soares has also joined on loan until the end of the season and may stay permanently with his deal at Southampton set to expire.

Last summer, Saint-Etienne starlet William Saliba also committed his future to the Gunners in a deal worth £27m and the 18-year-old will arrive in June after being loaned back to Claude Puel’s Les Verts for the current campaign.