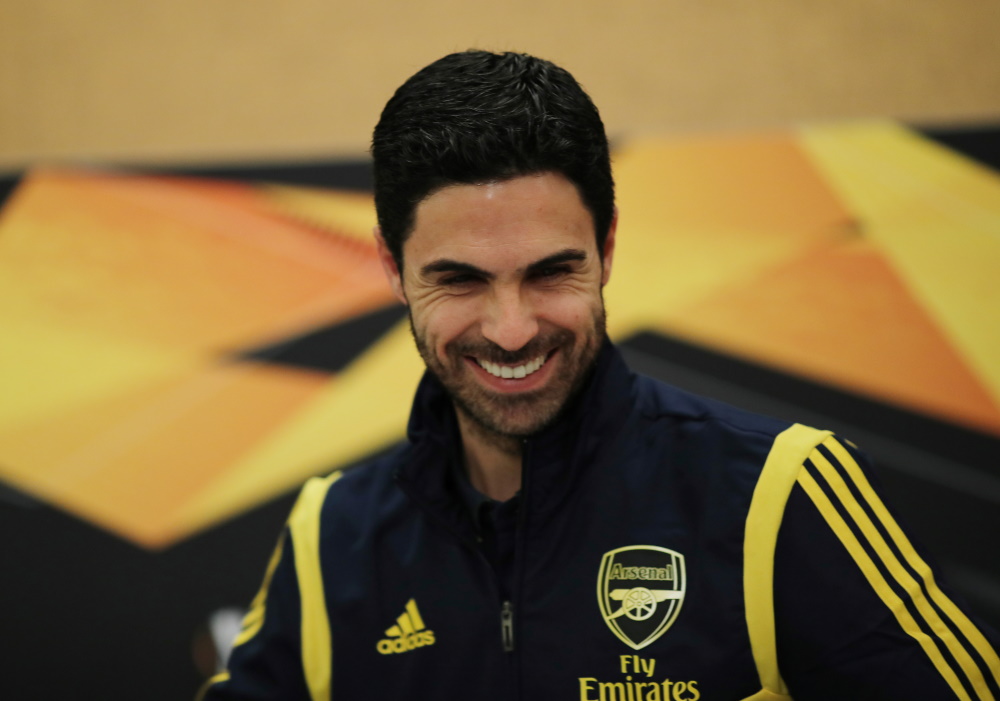 Arsenal boss Mikel Arteta has hailed his side’s defensive display after they managed to grind out a 1-0 win over Olympiacos on Thursday night.

Alexandre Lacazette’s goal nine minutes from time was enough to ensure a 1-0 victory in Piraeus with the Gunners now in pole position to qualify from this round-of-32 clash in the Europa League.

While the France striker wasted a couple of other decent opportunities to wrap up the tie, Arteta will again be impressed with the defensive work of his players.

Not since last April have the north London outfit gone three games without conceding a goal and, under previous coach Unai Emery, they were one of the most open sides in the Premier League when it came to giving up chances.

While Arteta’s start since replacing his compatriot has not been emphatic, there have been clear strides made at improving a struggling backline and the Spaniard was pleased with their efforts once again on a rainy night in Athens.

“We tell them they have to enjoy defending as well,” Arteta said. “It is a big part of the game and like tonight, if you give simple balls away, you better run back and get that ball back as quickly as possible.

“But they play with a big heart. I see a lot of big efforts that a team, instead of splitting it just joins together really quickly.

“The wide players before used to have different behaviours now they are tracking back everybody. I think we are doing a lot of work on that to stay as compact as possible in many situations when we don’t have the ball and yes we are pleased with that because it is a big part.”

Arteta will be hoping his side can keep up their defensive efforts on Sunday in the Premier League when they welcome a resurgent Everton side to the Emirates.