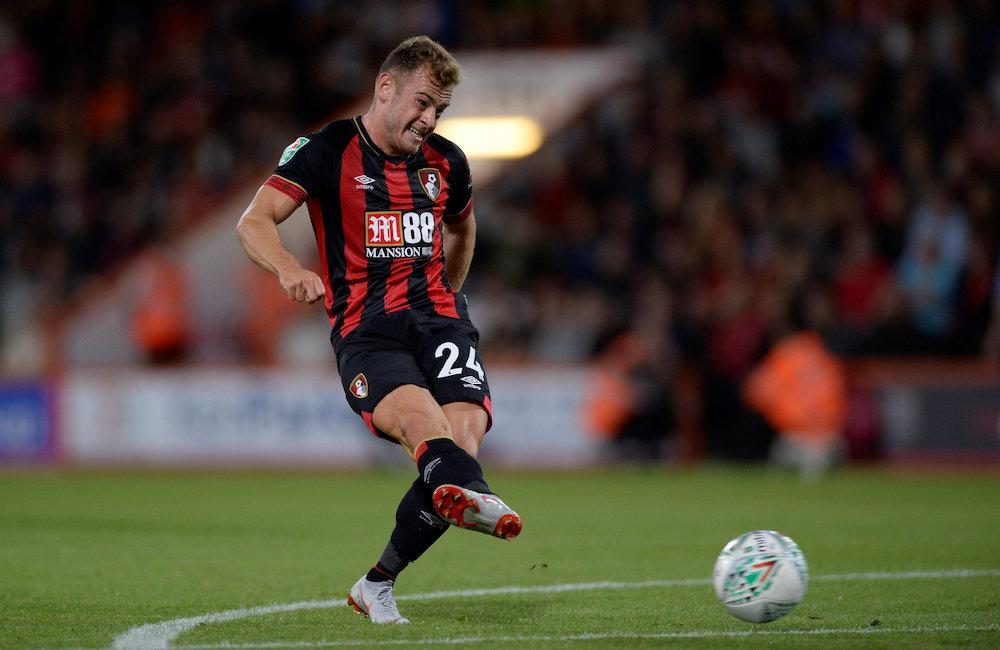 With his contract on the south coast ready to expire, winger Ryan Fraser is being monitored as a prime target for Arsenal manager Mikel Arteta.

The Spaniard’s predecessor in the Emirates hotseat, Unai Emery, did his level best to bring Fraser to North London last year but had his advances spurned as the Cherries held out for a more lucrative offer than the £12m reportedly put forward.

The Scotland international enjoyed a stellar campaign in 2018/19, netting seven times and laying on a further fourteen goals for his Bournemouth teammates, but has failed to match those figures this campaign – his eighth with the club – with only four assists and a solitary league goal to his name.

But Arteta is understood to be keen on the 26-year-old, who would provide the Gunners with a quick fix down the left flank having been forced to deploy Pierre-Emerick Aubameyang on the left in recent matches.

We love this quality moment from Wee Man Ryan Fraser who gave his jacket to a cold mascot ❤️ pic.twitter.com/Wn6CIrH736

The acquisition of the Aberdonian would also bring in a challenge for fellow wideman Nicolas Pepe, whose 4 goals and six assists represent a mediocre return on Arsenal’s club-record £72m summer investment.

Fraser’s 120 career Premier League appearances also make him a strong contender for a move to a top club when his current contract runs out at the end of June, although the Cherries are understandably holding out hope for the penning of a new deal.

Fraser began his career at Pittodrie with his hometown club. After three seasons with Aberdeen, the Cherries – at the time, a League One outfit – brought him to Dean Court for around £400,000.

The Boscombe-based side were promoted in Fraser’s first season, before reaching a respectable tenth in their first year back in the Championship. A league-winning campaign would follow in 2014/15, with Eddie Howe’s side holding their own in the top flight ever since.

The winger spent Bournemouth’s first Premier League stand on loan at Ipswich Town but successfully broke into the Cherries’ side the following term, racking up 28 league appearances and earning himself his first call-up to the Scottish national side in early 2017. His debut came in June that year, in the 2-2 World Cup qualifying draw with England at Hampden Park.