On This Day: United come unstuck at Everton 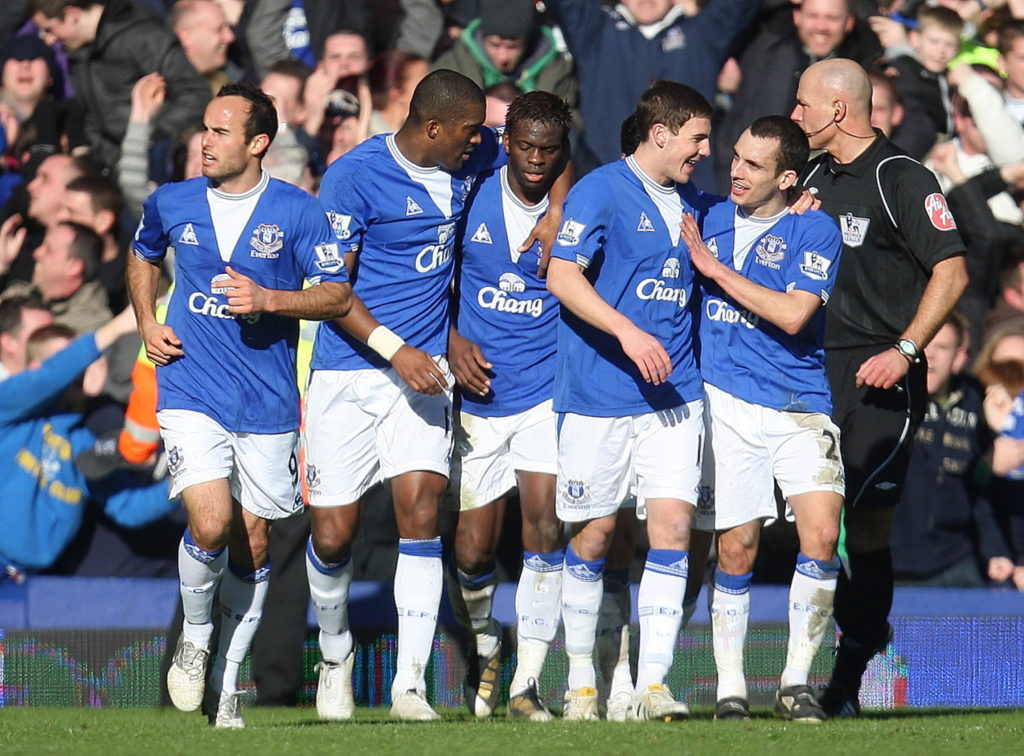 Everton had a big impact on the Premier League title race in 2009-10 as they claimed back-to-back victories over Chelsea and Manchester United.

On February 20, 2010, United travelled to Goodison Park with a sense of wariness after watching Everton beat league leaders Chelsea 3-1 in their previous outing.

The Red Devils, who were second, failed to make good of Chelsea’s slip up as they were held to a 1-1 draw at fourth-placed Aston Villa.

They had moved a point closer to the Blues, trailing by just one, but were left frustrated after missing out on the chance to take top spot.

The draw at Villa Park ended a four-game winning streak for Sir Alex Ferguson’s men but they extended their unbeaten run to eight.

Everton had finished fifth the previous season and although they were well of the pace in terms of European football in 2009-10, still couldn’t be underestimated.

Both sides were missing key players with Everton unable to call on Phil Jagielka, Tim Cahill, Tony Hibbert, Marouane Fellaini and Victor Anichebe due to injury, while United had Nani and Rio Ferdinand suspended with Owen Hargreaves, Ryan Giggs and John O’Shea on the treatment table.

United made the better start at a sun-bathed Goodison Park as Dimitar Berbatov opened the scoring with 16 minutes on the clock.

The Bulgarian was known for his nonchalant approach to the game and he barely had to move to latch on to Antonio Valencia’s low cross.

He first touch was exquisite and his second emphatic as the ball flew home for Berbatov’s ninth of the campaign.

The Russian had made a fine start to life with Everton after joining for a reported £9million in the summer and his thunderbolt from 20 yards got the hosts back on terms.

The defending champions were on the ropes with 76 minutes played as substitute Dan Gosling turned home Steven Pienaar’s cross from close range.

Jack Rodwell, who came off the bench with just two minutes of regulation time remaining, added the gloss in the 90th minute when drilling home after an impressive solo run through United’s defence.

United’s loss on Merseyside was further compounded by Chelsea’s 2-0 win at Wolves and the Blues moved four points clear in the title race.

Chelsea managed to hold on, just about, to top spot as they beat United to the Premier League title by a solitary point.