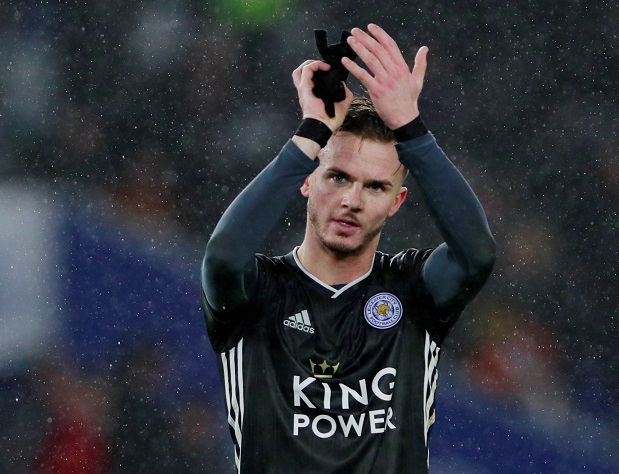 England international Maddison has become a leading star in the Premier League since joining Leicester from Norwich City for a reported £20million in June 2018, scoring 13 goals and registering 10 assists from 57 league matches.

The 23-year-old has a great understanding with team-mate Jamie Vardy, almost telepathic one could say, and those two have been wreaking havoc this season as the Foxes sit third in the standings, two points behind second-placed Manchester City.

With the January transfer window now open, numerous reports have linked Maddison with an exit from the King Power Stadium but manager Brendan Rodgers insists he will not be letting any of his star players leave before the end of the month.

However, the Northern Irish tactician did say the same about centre-back Harry Maguire last summer before the Englishman then moved to Manchester United in an £80m deal – a world-record fee for a defender.

The Red Devils, who are fifth in the table and five points behind fourth-placed Chelsea, are being linked with a move for Maddison and it is thought they will have to pay over £50m to acquire the midfielder’s services.

Newcastle legend Shearer, who is the all-time leading goalscorer in the Premier League with 260 goals, understands why United are looking to sign the Leicester ace but the former England captain believes a move would not be beneficial right now.

“When you look at the situation that Manchester United are in in terms of challenging for top four, how much they have to improve, the time that will take,” he told Coral.

“I understand that they’re a huge football club but, in terms of where James Maddison is at this moment in time, I think he’s better off staying at Leicester certainly until the end of the season and then weigh things up again then.”

Maddison will be back in action on Sunday when Leicester travel to Turf Moor to take on struggling Burnley.