Leicester badly need a fit Ndidi back in their team 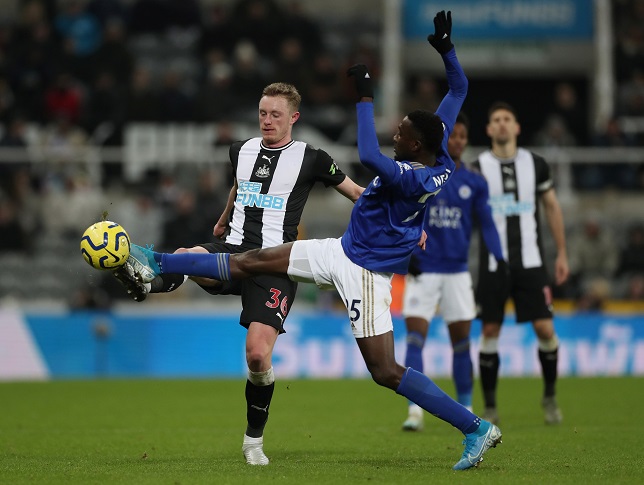 Wilfred Ndidi’s quicker-than-expected return to fitness should come as music to the ears of Leicester's fans as they enter a crucial period.

The Nigerian has not played in the Premier League since New Year’s Day’s 3-0 victory away at Newcastle United.

After an appearance in Leicester’s third-round FA Cup win against Wigan, which yielded a comfortable 2-0 scoreline, Ndidi suffered a knee injury in training on January 9.

Initially, the holding midfielder was due to be out for up to six weeks with the problem after undergoing surgery.

However, the operation proved to be a major success and now Ndidi has a chance of being available for the Foxes’ Premier League encounter against West Ham on Wednesday evening.

“There’s a great chance he (Ndidi) could be in the squad tomorrow,” Rodgers told a news conference on Tuesday. “He’s made a miraculous recovery. It’s been 11 days.

”It’s a great testament to him and the medical team. We didn’t want to rush him, but over the last few days, he’s been fantastic. He’s had tests and come through them well.”

Ndidi is one of the real unsung players in the Leicester line up, usually going under the radar with plaudits often heading to the likes of Jamie Vardy and James Maddison instead.

However, it is unquestionable that the Foxes are a far better team with him mopping up in midfield.

For a start, it is no coincidence that they have failed to win any of the three games in his absence.

Such was Brendan Rodgers’ quandary, he decided to change his formation against Aston Villa in the League Cup semi-final at the King Power Stadium a fortnight ago, which ended 1-1 and worked to little effect.

Then, against both Southampton and Burnley, Rodgers opted to play Hamza Choudhury and Nampalys Mendy in holding midfield respectively. Neither possesses the same gravitas as their more illustrious team-mate and two losses resulted in the Foxes losing their grip on second place in the league.

Stats can sometimes be quite deceiving when it comes to football but Ndidi’s numbers make for very stark reading.

He is second in the tackles list with 85 (team-mate Ricardo Pereira is at the top with 98) and has also made 55 interception and 144 recoveries.

Ndidi is such a safe pair of hands tidying up in midfield that it gives Rodgers licence to essentially play four attacking midfielders behind Vardy.

When Ndidi isn’t there, a tendency to be more cautious has drifted in and it has clearly hurt Leicester’s instinct which is to attack.

The 23-year-old might not jump out at everyone as the most important player in Leicester’s ranks, but if the last few weeks have shown anything, it is that he’s simply invaluable to how good a team they are.