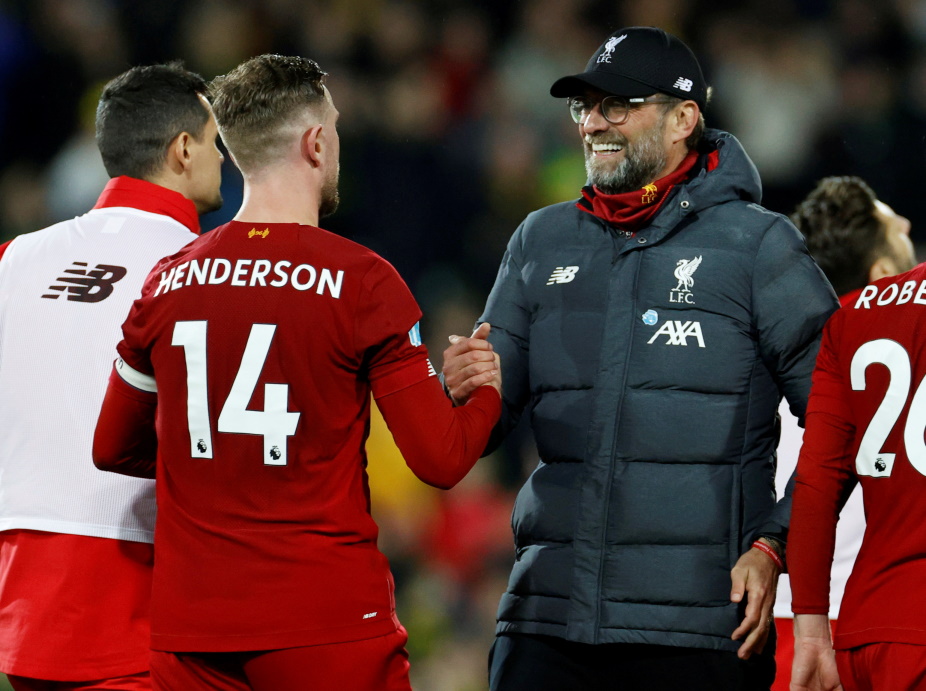 Liverpool have the title effectively wrapped up but their current team can do much more than simply claim the Premier League trophy.

Watford ended their hopes of joining the 2003-04 Arsenal ‘Invincibles’, who managed to navigate a whole season unbeaten, but the Reds still have a few Premier League records in sight.

Most Premier League points in a season

Manchester City set the record for the most points in a season after amassing 100 in the 2017-18 campaign.

The following season Pep Guardiola’s City reached 98 to beat Liverpool by just one point, but the Anfield club could surpass the century mark this year.

The runaway leaders have 82 points on the board, with nine games remaining. Liverpool could pick up a further 27 points, meaning they can finish on 109 if they win all of their remaining games – and six wins would be enough to match City’s record.

Biggest lead at any point in a season

Liverpool hold this record already and set it this year as they are a record 25 points clear of City in second.

They also hold the record for biggest lead at any point on the same number of games played, with a 22-point advantage.

If they outperform the soon-to-be deposed champions over the remainder of the season, they will extend this record.

Most Premier League wins in a season

Manchester City hold this record with 32, a feat they have achieved twice – in 2017-18 and then the following campaign.

Liverpool have 27 victories so far and this record is within touching distance for Jurgen Klopp’s sensational side.

Most home points in a season

The champions-elect have four games remaining at Anfield and have 45 points at home so far.

Klopp’s men need a perfect run at home to take the record outright, or three wins and a draw to match it. Their remaining opponents are Crystal Palace, Aston Villa, Burnley and Chelsea.

Liverpool can also claim a Premier League record for most home wins in a season as they have 15 from as many games so far.

Most away points in a season

Manchester City picked up a record 50 points on the road in the 2017-18 campaign and Liverpool currently have 37, with 15 still available. Again, they need a perfect run to better this record, or they can afford one draw to match it.

This could be a big ask as Liverpool still have to travel to city rivals Everton and Man City, where their hosts will be desperate to make a statement against the team who have taken the title away from them.