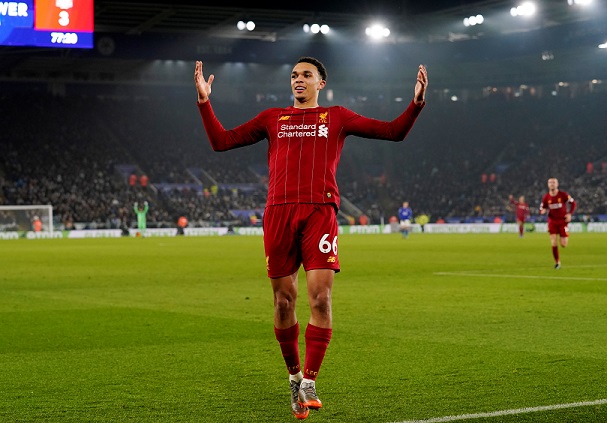 It seems strange to suggest that Liverpool have to find solutions to any problems, after what has been incredible Premier League season to date for the Reds.

But, with the Merseysiders on the brink of their first title in 30 years, there are still issues Jurgen Klopp needs to resolve if the league trophy is going to be a regular arrival on Merseyside.

Many believed last summer that Liverpool would need to add to their centre-back options, but Joel Matip’s early season form and then the return of the impressive Joe Gomez, look to have quashed those concerns.

The real problem now for Klopp is at full-back, even though they have two of the most effective wide defenders in European football in Trent Alexander-Arnold and Andrew Robertson.

The sheer nature of how Liverpool play though makes finding back ups to those two, even more tricky for the Reds’ transfer team. Between the two, Alexander-Arnold and Robertson have racked up an incredible 19 assists this season.

It’s not just the supply line that will be tough to replace, it is also their ability to cover so much ground both defensively and offensively.

James Milner has sometimes been used as a makeshift option but as good as the 34-year-old has been, that doesn’t look a viable alternative beyond this season.

Their importance to the league leaders are highlighted by their minutes on the pitch, with both inside the top 15 of the ‘Defender – Minutes Played’ charts.

So how do you find a full-back who can step in to replace such key players and also keep them happy, knowing that they might not get too much game time?

One player that could fit the bill is currently at the club, but needs to be persuaded that he still has a role to play at Anfield and that is Nathaniel Clyne. The former Crystal Palace man has missed this season through injury, but had spent a spell on loan at Bournemouth last season.

Others think youngster Curtis Jones, normally used as a midfielder, could be another option in future – especially if Klopp decides to push Alexander-Arnold further forward. Scouser Jones has already shown his ability to deal with the big occasion in Cup ties this season.

It is a very difficult task to find solutions and something which might prove to be the toughest test yet for the Liverpool scouting network, as well those that seal the transfer deals.

Ironically most of the transfer talk surrounding the Reds at present, sees them being linked with forward players – such as Jadon Sancho and Timo Werner.

But Klopp might be more focussed on adding defensive options to his squad, as he looks to build a dynasty of success at Anfield over the rest of the decade.