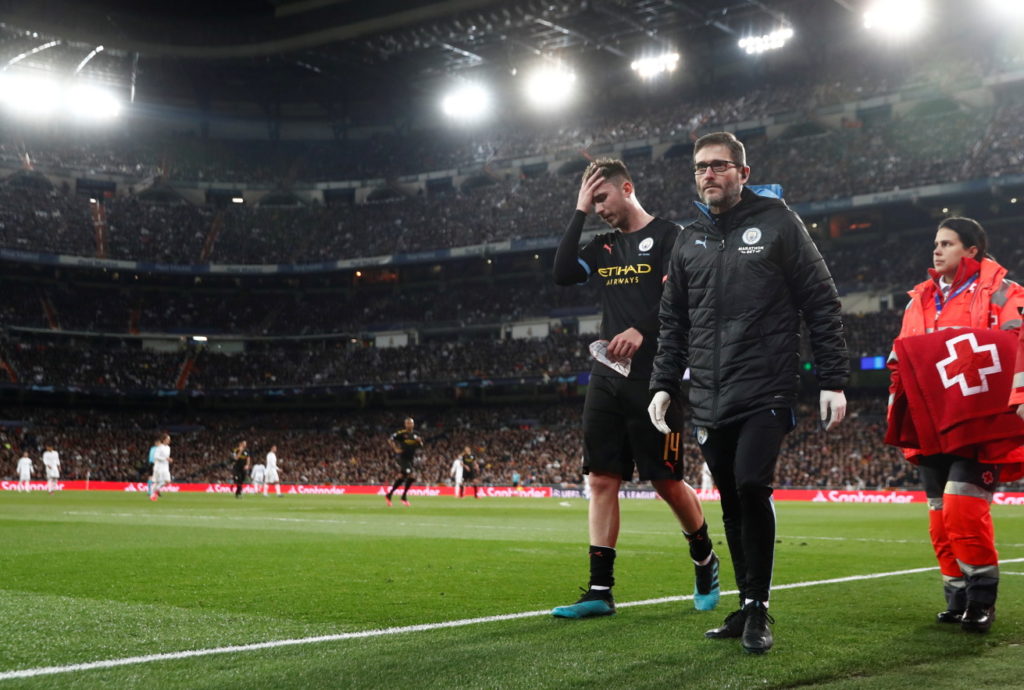 Manchester City have been hit by another injury blow to Aymeric Laporte, who damaged his hamstring in the win over Real Madrid.

City picked up a memorable 2-1 victory at the Bernabeu, but the edge was taken off the win after Laporte limped off in the first half with the problem.

Boss Pep Guardiola was unable to reveal the full extent of the damage after the game and how long the injury will keep him out for, but another spell on the sidelines is on the cards.

Guardiola put it down to the fact he has already been out for a long time this season then played in demanding game.

He also added: “with John (Stones), Eric (Garcia), Nico (Otamendi) and Fernandinho, we will go on.”

Otherwise, Guardiola hailed a great result and performance but warned the job was not done yet after the stunning win.

City came from behind to claim a famous 2-1 win at the Bernabeu in the first leg of their Champions League last-16 tie.

Gabriel Jesus and Kevin De Bruyne, the latter from the penalty spot, scored in the last 12 minutes as City responded in brilliant fashion to Isco’s 60th-minute opener.

The result gave the club some positive news after the shattering blow of their ban from European competition, which continues to cast a shadow over City.

Manager Guardiola said: “I’m happy for the victory, of course, and the performance as well. We are happy but, of course, there is the second leg. It is still not over. If there is one team in the world that can overcome anything, it is this club.

“Hopefully we can do a good performance and go through. We have not won anything yet but to win here is a big satisfaction.”

Guardiola insisted his players had not taken any extra motivation from the ban, imposed by European governing body UEFA over Financial Fair Play breaches.