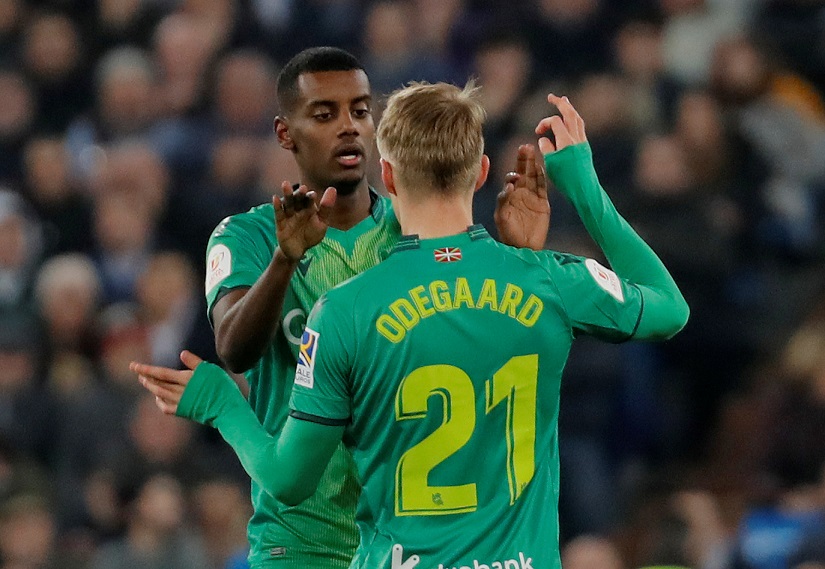 Diario Vasco published a photograph of Bout at the match and offered several insights into who exactly he was there to see.

They state that the scout did not want to be identified or give any details about which club he represented, but the report confirms he was from the Netherlands.

The focus of Bout’s attention partly appears to have been two Valencia attackers, Carlos Soler and Ferran Torres, although neither had their best game.

While the report even states that Bout complained about them appearing on the left side and is quoted as saying: “He’s better on the other side”.

United are still on the lookout for a right-winger this summer and both Soler, 23, and Tores, 19, are known to operate down the right-hand side.

Diario Vasco state that the scout ‘confessed that he was following two strikers of Real Sociedad – Alexander Isak and Willian Jose.

He reportedly ‘left satisfied with the Swedish striker’ and was made to wait for Willian Jose’s appearance off the bench, but was finally able to complete his notes for the match.

The article finally states that he ‘raised the thumb of his right hand when he saw the actions of Real Sociedad midfielder Mikel Merino’.

There was a second scout at the match, who appeared more interested in Martin Odegaard – the on-loan Real Madrid midfielder who could become part of any player-plus-cash exchange for Paul Pogba in the summer.

But United’s focus on Saturday was elsewhere and the forwards on show would certainly be useful additions to Ole Gunnar Solskjaer’s squad for next season.

Isak has scored seven goals in seven starts and 17 substitute appearances for Real Sociedad, who bagged him for a bargain £6million from Borussia Dortmund last summer.

He is only 20 and scored two goals in a 4-3 Copa del Rey win over Real Madrid earlier this month that suggested he was maturing into a top centre-forward.

Willian Jose, 28, was a target for Barcelona earlier this month and has scored eight goals in 17 starts and six substitute appearances.