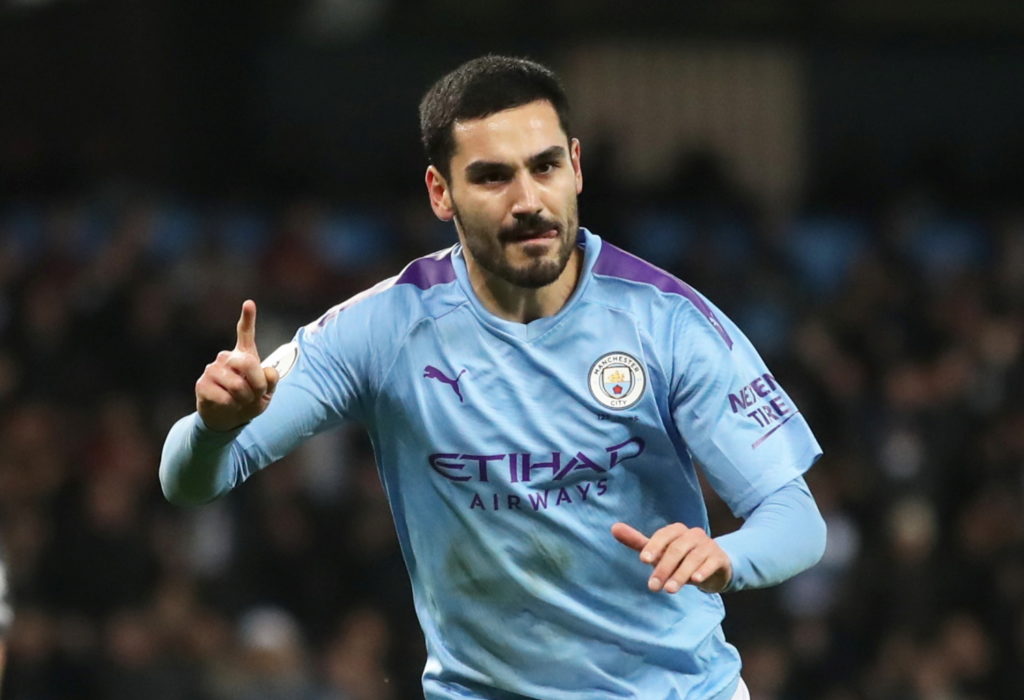 Manchester City midfielder Ilkay Gundogan is has enjoyed a trophy-laden career but is still seeking a Champions League winners medal.

Gundogan joined City in June 2016 in pursuit of a new challenge after a five-year stint with Borussia Dortmund in his homeland.

Under Jurgen Klopp, Dortmund emerged as serious challengers to Bayern Munich and they lifted the Bundesliga title in 2011-12.

The midfielder also helped the club to win the DFB-Pokal and DFL-Supercup but they fell came up just short in the 2012-13 Champions League final.

The showpiece event, hosted at Wembley, pitted Dortmund against Bayern and it proved to be a tense affair.

Gundogan netted from the penalty spot to level the game at 1-1 with just over 20 minutes left to play.

It looks set to go to extra time until Arjen Robben stepped up to bag the winner for Bayern in the final minute of the game.

That heartbreak has stayed with Gundogan, who has lifted five further pieces of major silverware at City, and he admits a huge desire to add the Champions League title to his CV.

The 29-year-old believes City have the tools to go all the way this season as he looks to achieve his lifelong ambition.

Gundogan told Goal: “I’m confident that we have all the opportunities to get to a Champions League final.

“The Champions League is maybe the most prestigious competition in the game and if you don’t win it, as much as we are a great team, you feel like there’s always something missing.”

City’s path to the final this season is set to be a difficult one with Real Madrid drawn as their opponents in the last-16.

The Spanish giants welcome Manchester City to the Santiago Bernabeu for the first leg of their tie on Wednesday.