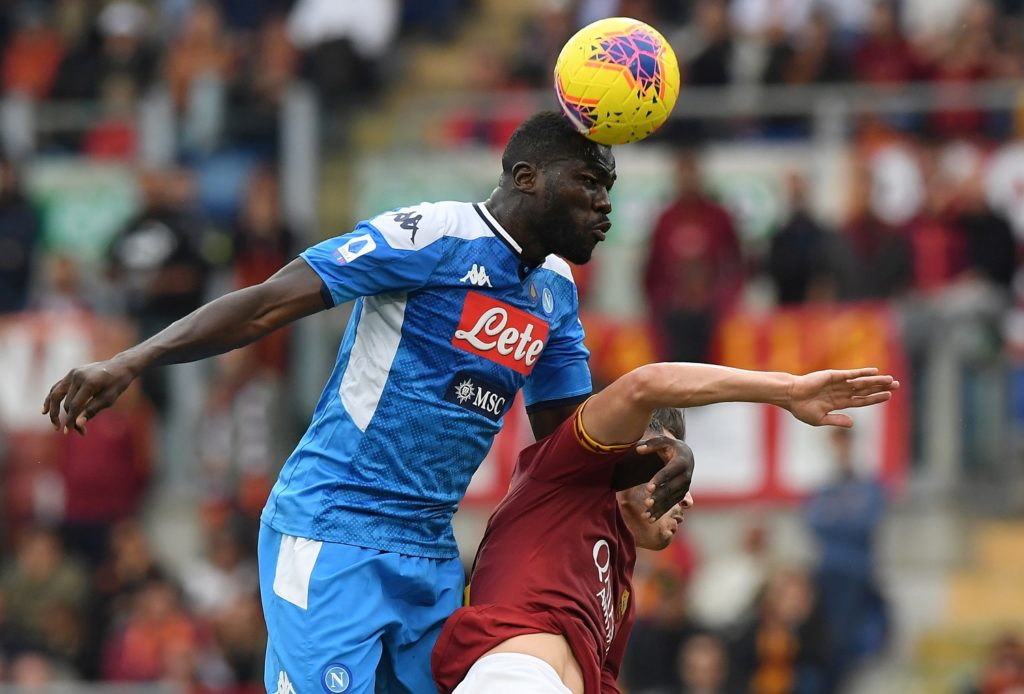 Manchester United are in the market for a new central defender and some top names are being linked with a move to Old Trafford.

The Reds splashed out big money to snap up Harry Maguire from Leicester City last summer and it looks as though they will attempt to do the same again by bringing in a top-class partner for him in the next window.

Victor Lindelof and Eric Bailly are the options at the moment but if United have designs on getting back to the top of the world then central defence is an area that will need attention.

Barcelona’s Samuel Umtiti has been heavily linked on Tuesday, but there are a number of options out there for boss Ole Gunnar Solskjaer, depending on how much he wants to spend. Here are some of the top candidates.

Kalidou Koulibaly has been on United’s radar for some time and his name always gets thrown into the mix when talk turns to United bringing in a new central defender.

Without doubt one of the best around and has again stood out this season despite Napoli having a tough time of it in Serie A. If Napoli do agree to cash in they would want big money, upwards of £80million, and it remains to be seen if United are willing to pay that much when other areas of the squad also need strengthening.

A former team of Maguire’s at Leicester City, Caglar Soyuncu could also be an option for the Reds, but again he will not come cheap.

The Turkey ace has been a revelation at the back for the Foxes and his form means they have not missed Maguire since he hot-footed it to Old Trafford.

The 23-year-old would be a definite upgrade on who he would be replacing at United, but Leicester have shown they do not let players go easily and it will be no different here.

Another central defender impressing in the Midlands is Willy Boly of Wolverhampton Wanderers. The 28-year-old is currently out injured but when fit has proven he can cut the mustard in the Premier League.

Had an outstanding season in the 2018/19 campaign as Wolves went on to qualify for Europe, and his performances will not have gone unnoticed in Manchester.

And finally United could attempt to pull off a shrewd signing by taking Jan Vertonghen from Tottenham in the summer.

The 32-year-old still has a couple of years at the highest level ahead of him and considering he will be out of contract in June and available on a free transfer, it makes him very appealing.