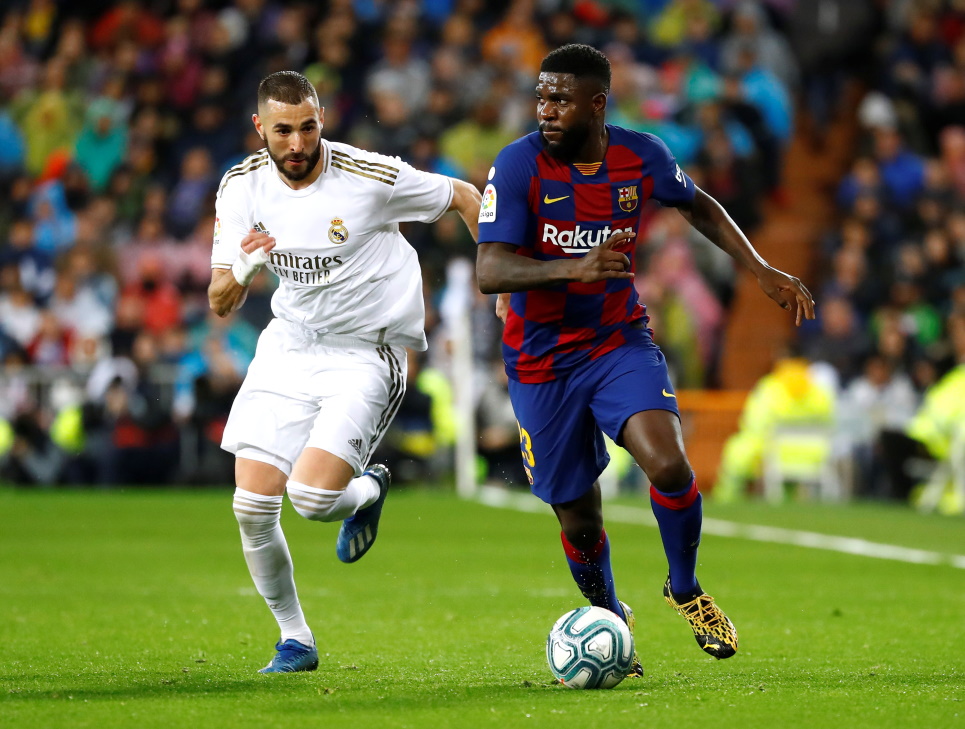 Manchester United are targeting a move for Barcelona's Samuel Umtiti as they look to bring in a new central defender.

Central defence is an area that needs attention in the transfer window as United look to move on to another level and with both Phil Jones and Chris Smalling expected to head on to pastures new.

Smalling is currently on loan at Serie A side AS Roma, who want him on a permanent basis, while Jones is said to be on the wanted list of Premier League rivals Newcastle United.

Ole Gunnar Solskjaer does have Harry Maguire, Victor Lindelof and Eric Bailly within his ranks but he wants another quality central defender and has drawn up a shortlist.

The Reds have been heavily linked with Kalidou Koulibaly but the Napoli star could prove to be too expensive and the club are looking at cheaper alternatives.

The club are looking for income to use to re-build the squad. pic.twitter.com/VB7FPCGZKh

Umtiti would be just that, but still has the quality required, and even better for United is the fact that Barcelona will be willing to let him move on after he slipped down the pecking order.

The former Lyon star, who joined Barca in 2016 for 30million euros, is no longer in the plans of Barca coach Quique Setien, who will sanction the move to raise transfer funds of his own.

United are confident of getting a deal done but are likely to face competition from elsewhere as Umtiti has many years ahead of him at the top and is viewed as a good signing.

Premier League rivals Arsenal are also keen as Gunners boss Mikel Arteta is in need of at least one central defender and Umtiti is on his list of targets.

If both United and Arsenal match the transfer fee and player’s demands it could come down to a straight decision from Umiti over where he will be playing his football next season.