Williams to remain with Man Utd as Solskjaer backs youngster 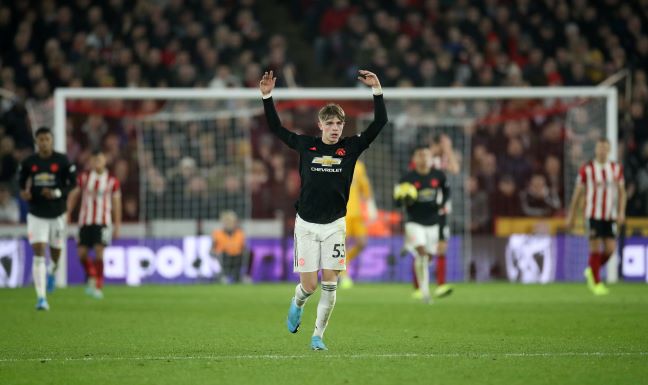 Ole Gunnar Solskjaer has told Brandon Williams he will not be sent out on loan next season and has called off the club's pursuit of a new left-back.

Manchester United’s boss had instructed his team of global scouts to bring him a list of names, with Leicester City defender Ben Chilwell heavily favoured.

The Red Devils have been regular attendees at the King Power Stadium to watch the highly-rated England defender in action.

The Foxes are demanding at least £50m for their left-back, who has also been on the long-term radar of Pep Guardiola at rivals Manchester City, as well as Chelsea boss Frank Lampard.

Williams’ emergence during the second-half of the campaign, however, has convinced Solskjaer that he does not need to spend unnecessary cash trying to provide direct competition for regular starter Luke Shaw.

The 19-year-old has not looked back since making his Premier League debut in last October’s 1-1 draw at home to Liverpool, earning man of the match plaudits for his mature display.

He has since gone on to make 27 appearances in all competitions and was rewarded with a new three-year deal at the turn of this year in recognition of his rapid progress.

The Mancunian starlet has been at Old Trafford since the age of nine and the backroom staff have always had high hopes – once the youngster had started to fill out on the physical front.

Solskjaer’s initial plan was to farm the academy graduate out on a season-long loan next term, giving him more regular opportunities to shine.

The Norwegian, though, is understood to have recently spoken privately with Williams and informed him that he will be staying put at the Theatre of Dreams for the foreseeable future.

Williams has bagged one top-flight goal to date, netting in a 3-3 draw with Sheffield United on November 24 last year.